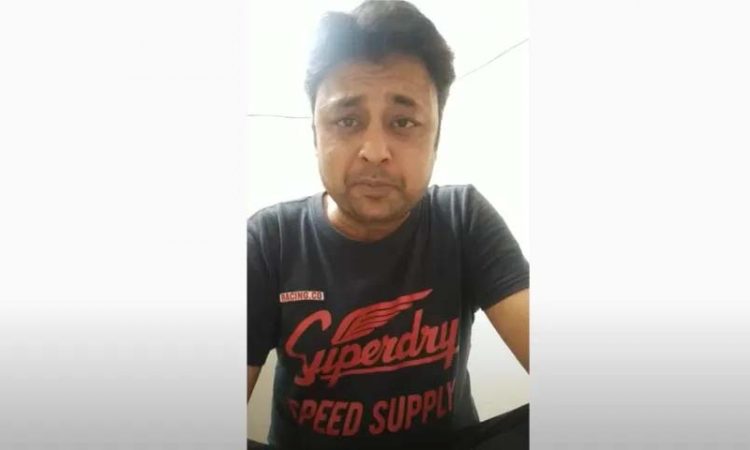 Kohima, June 16: A controversial man known by the name Dr Pankaj Gupta, who was arrested recently from Haryana, has been brought to the State.
A top cop here said Pankaj Gupta has been brought to the State and is now in police remand for further interrogation against his allegations against the State Government. He is reportedly under police custody in Kohima. He will also be produced before the Court.
The police will be investigating into the involvement of other co-conspirators on various social media platforms, if any, in furtherance of this criminal act.
On June 9, Nagaland Police in coordination with the Haryana Police arrested Pankaj Gupta, the main accused in a Cyber Crime case from Kurukshetra in Haryana.
SP Crime and PRO of Nagaland Police, Manoj Kumar informed that Gupta had been on the run for the last several days and was finally arrested from Haryana. The arrest was based on the non-bailable warrant of arrest issued by Judicial Magistrate First Class, Kohima.
Prior to his arrest police also seized his belongings from a house in Delhi.
The SP Crime informed that the Cyber Crime division of Nagaland Police had taken cognizance of various social media trolls uploaded on various platforms by the accused, which were inflammatory, abusive, divisive and prejudicial to the maintenance of social peace and harmony attracting the provisions of IPC, which are cognizable and non-bailable.
“The accused had made serious allegations without basis and authentication, along with conspiracy theories which are a threat to public peace and order,” police said.
Nagaland Police had earlier appealed to the citizens to be very cautious and discreet in soliciting comments in social media without verifying facts. “The freedom of speech in a democracy also comes with reasonable legal restrictions; we request the citizens to be mindful of it,” police added.
After leveling a considerable amount of serious allegations on Nagaland Government via social media Gupta went hiding and evaded police for couple of days when finally police could manage to nab him from Haryana.
He had accused the State Government of trying to intentionally spread novel coronavirus to get more funds from the Union Government.
Gupta had made at least three videos claiming to be a doctor and a Guinness World record holder, and served abroad. Prior to circulating the video throwing high degree level of allegations on Nagaland Government, he also circulated a video claiming to have been holed up in Indonesia due to the coronavirus pandemic.
The man in question also claimed support of Naga people for speaking for them. (Page News Service)