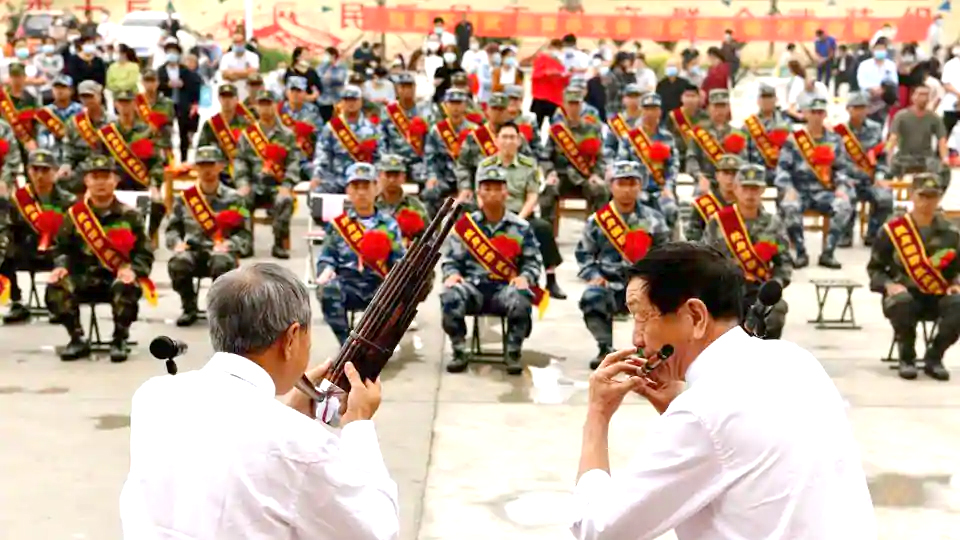 BEIJING, SEPTEMBER 22: A bizarre war of words has broken out between mainland Chinese and Taiwanese media over a video of People’s Liberation Army (PLA) recruits being sent to the Sino-India border, with some of them appearing to be in tears.
The video, published online last week by a local network in the eastern Chinese province of Anhui, showed the young soldiers inside a bus and singing a well-known Chinese military song “Green Flowers in the Army”. Nearly all of them seemed emotional, with some crying.
Taiwanese media such as Liberty Times and Taiwan News, known for their pro-independence, anti-China stand, seemed to mock the soldiers for crying, interpreting it as a sign of fear against deployment at the border with India amid the ongoing tension in eastern Ladakh.
China considers Taiwan as a breakaway region to be reunified by force if necessary and currently – much like with India – military tension between the two is rapidly escalating.
The recruits in the video are from the Yingzhou district of Fuyang city in Anhui.
The video was shared across online platforms in China as well as on Twitter and on Facebook, interestingly by a Pakistani comedian Zaid Hamid.
“As tensions continue to simmer on the Sino-Indian border, a video surfaced on Sunday (September 20) showing PLA soldiers crying as they are allegedly deployed to the border,” the Taiwan News reported on Tuesday.
The new troops were “reportedly college students, and 5 of them had ‘proactively volunteered to serve in Tibet’, which borders the Ladakh region where the bloody Galwan Valley skirmish took place in June of this year,” it said.
“In the video, the soldiers can be seen sobbing hysterically as they struggle to sing the words to the PLA song ‘Green Flowers in the Army,’” the report added.
It said Hamid, the Pakistani comedian, seemed to be “poking fun” at the recruits despite him saying: “We Pakistani support you China. Stay Brave.”
The Chinese state-controlled media reacted strongly against its Taiwanese counterparts, saying they deliberately misinterpreted the emotional video involving the PLA soldiers.
“At that time, they were bidding farewell to their parents and sang the famous military song ‘Green Flowers in the Army’, and they sang ‘Go home when you celebrate your work’, completely contrary to the mood created by Taiwanese media,” the nationalist tabloid Global Times said in a report on Tuesday.
The report added that though the Taiwanese media report “tried to use all kinds of explicit hints to shape the image of the PLA fighters being ‘afraid of war’, when describing all the key information, the author used vague terms such as ‘reported’ and ‘probable’, which seemed very guilty.”
The Global Times report added that many who re-posted the content mocking the PLA were Twitter users from India.
(Courtesy: HT)