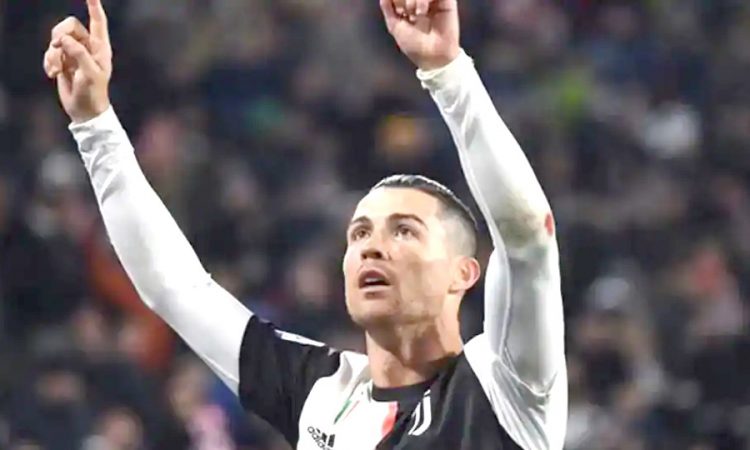 TURIN, July 21: Star Portuguese striker Cristiano Ronaldo has become the first player to score 50 goals in Serie A, Premier League and La Liga.
Ronaldo scored two goals against Lazio in Juventus’ 2-1 victory on Monday (local time) at the Allianz Stadium and as a result registered 50 goals in Serie A.
With these two goals, Ronaldo also became the fastest player to register 50 goals in Serie A since 1995, Goal.com reported.
Ronaldo scored against Lazio in the 51st and 54th minute of the match. The first goal of the match for Juventus came through a penalty, which Ronaldo converted to equal Giuseppe Signori’s 1994-95 record for penalty goals in a season.
Ronaldo now has 12 successful conversions from the penalty area.
He had joined Juventus ahead of the 2018-19 season, coming into the side after a successful stint with Real Madrid, during which he won possibly every major domestic honour and four Champions League titles.
Before Madrid, Ronaldo had spent six years at Manchester United, where he won his first Ballon d’Or trophy in 2008.
For United, Ronaldo scored 118 goals while for Madrid he scored 450.
In international matches, the Portuguese is just a goal away from hitting the 100 figure mark.
Juventus are currently at the top of standings with 80 points from 34 matches, primed for their ninth successive Serie A title.
They will next take on Udinese on Thursday. (ANI)