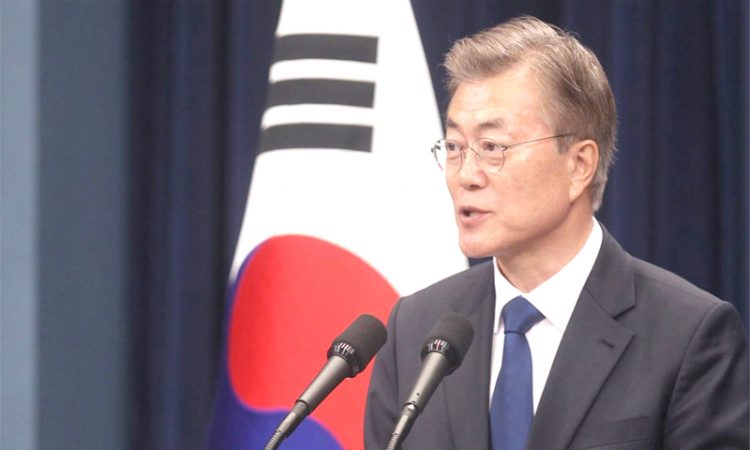 SEOUL, January 11: South Korea’s president says it’ll offer Covid-19 vaccinations to all its people free of charge in phases. President Moon Jae-in made the comments in his New Year’s address on Monday. He has maintained an earlier government announcement that the inoculation will start from February.

South Korean officials have said they’ll have vaccines for 56 million people, an amount seemingly enough for the country’s 52 million people. Who will get vaccinated first has not yet been decided but is likely to be people at long-term care centers and nurses and doctors.
After weeks of a resurgence, South Korea’s virus caseload has gradually slowed amid tough distancing rules that include a ban on social gatherings of five or more people. Earlier Monday, South Korea reported 451 new virus cases, the first time for its daily tally to come below 500 in 41 days. The country’s total stands at 69,114 with 1,140 deaths.
Moon says that “the end of a dark tunnel is finally coming in sight.” He says the government will make best efforts to further curb the ongoing outbreak. (AP)