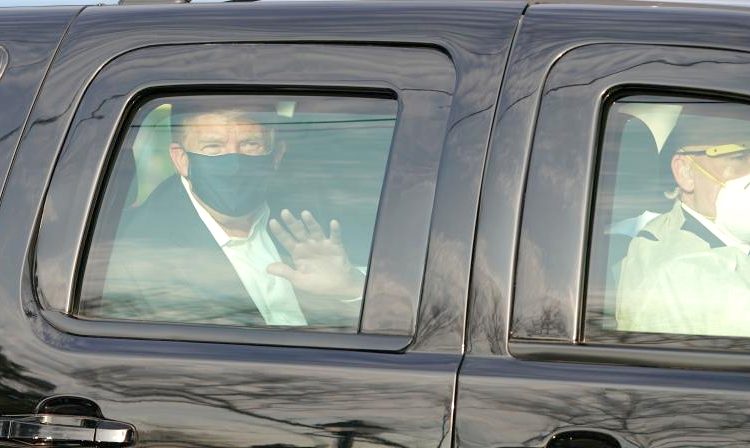 US President Trump waves from the back of a car in a motorcade outside of Walter Reed Medical Center in Bethesda, Maryland on October 4, 2020. (AFP) 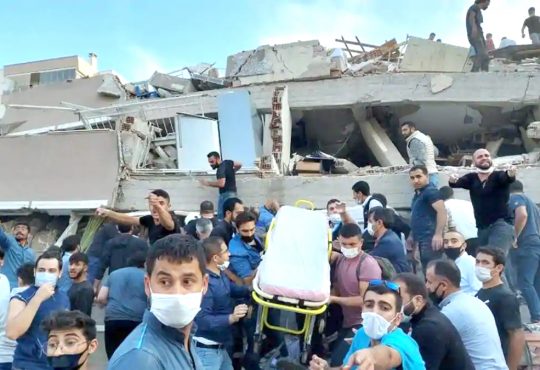