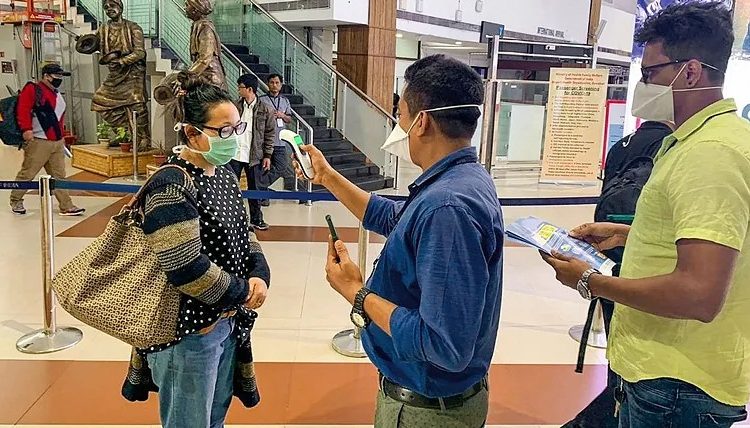 Kohima, March 25: Nagaland is facing shortage of thermal scanner machines to screen people crossing the inter-state boundary, officials of Health and Family Welfare Department said Wednesday.
The Southern Angami Youth Organization (SAYO), a pressure body of Southern Angami region, which shares inter-state border with Manipur state at Khuzama under Kohima district, on Wednesday resorted to blocking the National Highway-2.
SAYO president Zakieleto said that with the outbreak of the corona virus, the State Government had ordered screening of people crossing inter-state check gate, but there is no thermal scanners to screen people at Khuzama check gate that border Manipur.
A notification of the State Government on March 22 last sealed the border from March 24 midnight and restricted movement of all passenger vehicles crossing the State, but public carriers with essential commodities were allowed to pass through.
However, with Manipur reporting first positive case on Tuesday, SAYO was compelled to resort to blocking the highway as the health department was yet to set up thermal scanners at the check gate.
Noticing SAYO’s action which was circulated in social media, district administration, police and health officials rushed to the spot while the matter was resolved after lengthy deliberations.
Zakieleto informed that the district administration has assured to put thermal scanners to screen the driver and helper of the trucks crossing the check gate on their return from Manipur.
On being contacted, the Deputy Director of Health department, Dr Nyan Kikon said with the decision of screening passengers in Dimapur railway station, the State is facing shortage of thermal scanners.
He said out of the 14 inter-state check gates, Khuzama and another in Wokha do not have thermal scanners.
Nonetheless, he asserted that the State has already ordered more scanners and it will be placed in all the check gates within next couple of days. (Page News Service)