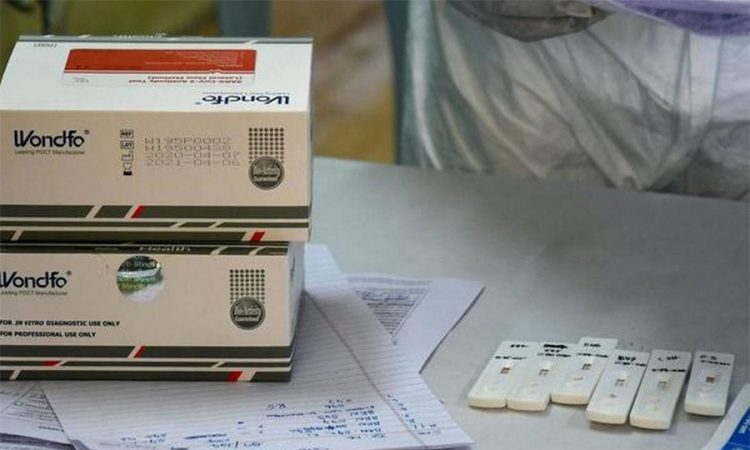 New Delhi, April 27: The country’s apex health research body ICMR on Monday asked states to stop using the COVID-19 rapid antibody test kits procured from two Chinese companies and return them to be sent back to the suppliers.
In an advisory sent to chief secretaries of all states and Union Territories on Monday, the Indian Council of Medical Research (ICMR) said it “evaluated the kits of Guangzhou Wondfo Biotech and Zhuhai Livson Diagnostics in field conditions. The results have shown wide variation in their sensitivity, despite early promise of good performance for surveillance purpose”.
“In view of this, states are advised to stop using these kits, procured from the above mentioned companies and return them to be sent back to the suppliers,” it said.
The health ministry on its part issued a statement saying that after receipt of some supplies, ICMR has conducted quality checks on these kits in field conditions.
“Based on scientific assessment of their performance, the order in question (Wondfo) along with order in respect of another make found under-performing have been cancelled,” it said.
“It is stressed that ICMR has not made any payment whatsoever in respect of these supplies. Because of the due process followed (not going for procurement with 100 per cent advance amount), GoI does not stand to lose a single rupee,” the ministry said.
Congress leader Rahul Gandhi has alleged that some people were indulging in profiteering while supplying rapid test kits for COVID-19 to the government.
In its advisory, the ICMR said that several states have procured rapid antibody test kits and on their demand the ICMR also provided these kits with clear instructions that they are to be used only for surveillance purpose.
Some states have raised issues regarding their performance during the testing exercise that they have undertaken.
Additional Director General of ICMR G S Toteja advocated that RT-PCR throat/nasal swab test is the best use for diagnosis of COVID-19. RT-PCR test detects the virus early and is the best strategy to identify and isolate the individual, the advisory said. (PTI)