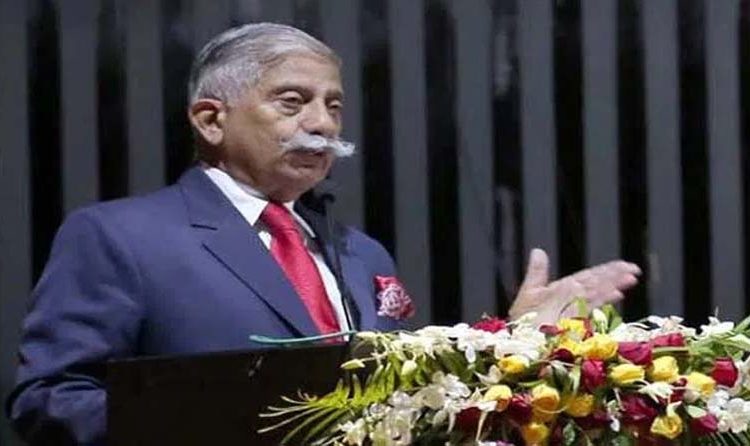 Itanagar, February 20: Arunachal Pradesh Governor Brig (Retd) B D Mishra on Saturday said the country is strong enough to give a “befitting reply” to any “misadventure” in the border state.

The governor was addressing a function here on the occasion of the 35th Arunachal Pradesh Statehood Day.
“No external power can snatch an inch of Arunachal’s territory. The country is strong enough to give a befitting reply to any misadventure,” he said.
China does not recognise Arunachal Pradesh as part of India and refers to it as South Tibet. It said in January that the state was “illegally established” on Chinese territory, while Indias consistent stand has been that the northeastern state is an integral and inalienable part of the country.
China had also said that the village it has constructed across the Line of Actual Control in the state was normal and in its “own territory”.
The governor’s remark came two days after the Chinese and Indian militaries completed the withdrawal of troops, weapons and other military hardware from the North and South banks of Pangong lake areas in Ladakh as part of an agreement.
That region has witnessed a tense standoff between the two militaries for over nine months.
Referring to the Centre’s push for developing infrastructure in the border areas of the state, Mishra said that work is on to create 2000 km of road along with other facilities.
He exhorted the people to contribute and cooperate in the developmental progress of the state and advised them to stand by the spirit of Sabka Saath, Sabka Vikas, Sabka Vishwas.
The governor expressed concern over rising incidences of drug addiction and “gun culture” in Arunachal Pradesh and urged the people to fight the two menaces which are hindering the progress of the state, particulary its youth.
He emphasised on more focus on women, children and youth and said welfare measures for them must be implemented in letter and spirit.
He advised the youth in the state to become entrepreneurs and said Youths must avail the scope available in the agriculture and its allied sectors for their own progress as well for the progress of Arunachal.
The governor said that the stae would this year focus on education.

The New Education Policy has given great opportunity to rejuvenate the education sector. With Rs 400 crore investments over the period of three years, the state will definitely see better quality education, Mishra said and emphasised on quality primary education.
The governor also emphasised on strengthening the value system, preserving indigenous faith, traditions and cultural roots of the people of the state.(PTI)