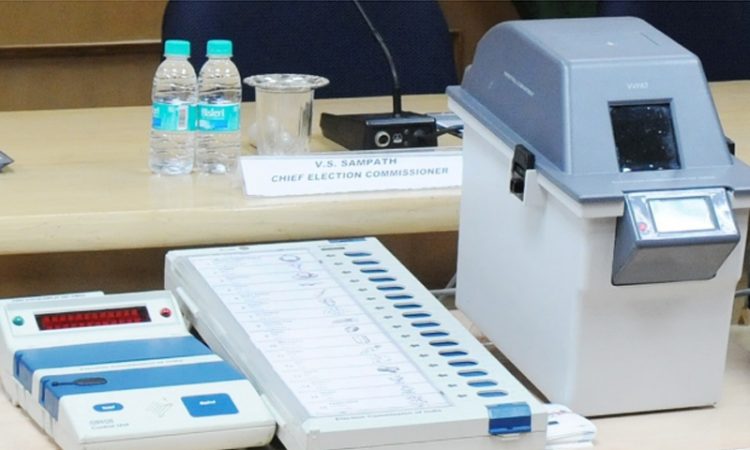 Imphal, November 9: All arrangements were completed for counting of votes polled in four assembly constituencies of Manipur, where by-elections were held last week, on Tuesday, officials said.
COVID-19 safety protocols will be strictly followed in the counting centres where the administration put in place tight security arrangements.
Counting will start at 8 am, officials said.
The by-elections held on November 7 were necessitated after Congress MLAs of the four constituencies – Lilong, Wangjing-Tentha, Saitu and Wangoi – resigned from the assembly and joined the BJP.
More than 91% of the 1.35 lakh voters exercised their franchise in the by-polls in which 11 candidates were in the fray.
The ruling BJP has contested in three seats and supported an independent candidate in Lilong, while the Congress has fielded its nominees in all the four constituencies.
In Wangoi seat, the National People’s Party (NPP), a partner of the BJP-led ruling coalition in the state, has fielded its candidate against the Congress and the saffron party.
Chief Minister N Biren Singh said, “We are confident of winning all the four seats.”
The Congress, which had won a total of 28 seats to emerge as the single largest party in the 60-member Manipur assembly after the 2017 polls, have seen members deserting the party from time to time. The state now has a BJP-led government. (PTI)