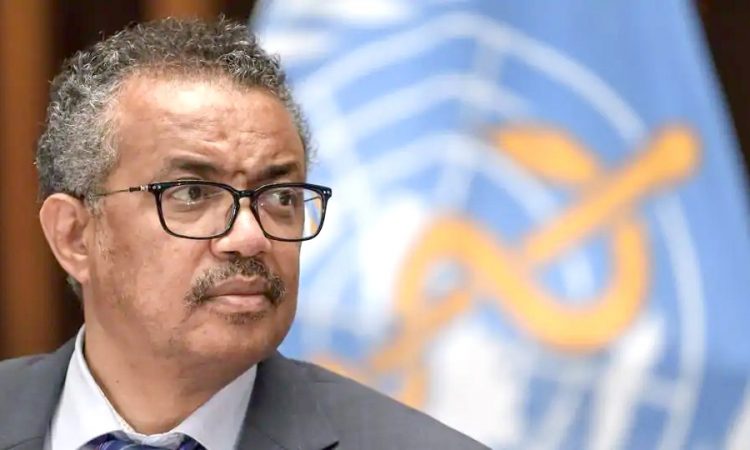 World Health Organization (WHO) Director-General Tedros Adhanom Ghebreyesus at the WHO headquarters in Geneva, Switzerland.(REUTERS)