Sign in
Home Top Stories Coronavirus in China may have come from bats: Studies

Coronavirus in China may have come from bats: Studies 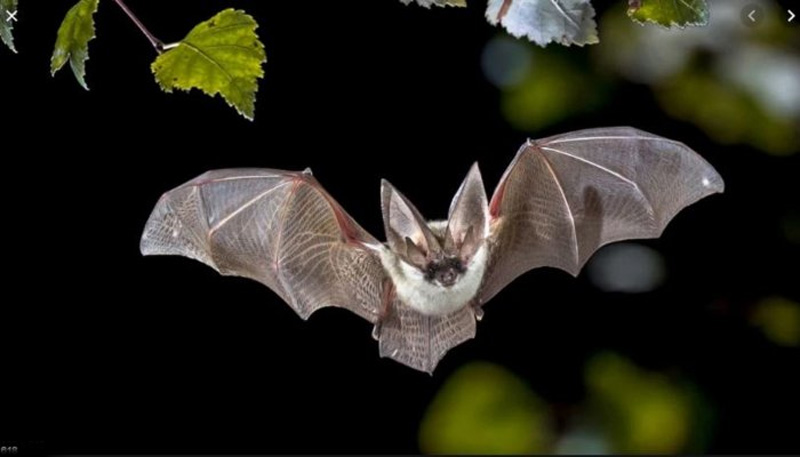 Wuhan study on bats population in Nagaland to be probed

Beijing, February 3: The novel coronavirus that has claimed over 362 lives and infected thousands in China and globally may have originated from bats, according to two latest studies published in the journal Nature on Monday.
In the first study, the researchers carried out a genome sequence of the virus associated with the respiratory disease outbreak in China, isolated from a patient working in the seafood market linkes to the initial cases.
The study found that the virus was closely related to a group of SARS-like coronavirus previously identified in bats in China.
The first patient was admitted to a hospital on December 12 last year, and investigations have identified a seafood market, which also sold wild animals, in Wuhan, capital of Hubei, as the potential source of the outbreak.
Researchers from Fudan University in China performed genome sequencing on a sample of bronchoalveolar lavage fluid – a lung secretion – collected from a patient, and identified a novel virus and found that the viral genome shared 89.1% nucleotide similarity with severe acute respiratory syndrome (SARS)-like coronaviruses from bats.
It is not possible to conclude from the analysis of a single patient that this coronavirus is the cause of the current outbreak, the researchers said.
The findings have been corroborated by independent investigations in other patients, they said.
Another study, published in Nature, carried out the identification and characterization of the coronavirus associated with the recent outbreak, revealed similarities with SARS coronaviruses.
The analysis uncovers evidence that the coronavirus has an origin in bats, although the animal source of this outbreak has not been confirmed.
Wuhan institute’s study
The Government has ordered an inquiry into a study conducted in Nagaland by researchers from the U.S., China and India on bats and humans carrying antibodies to deadly viruses like Ebola, officials confirmed to The Hindu.
The inquiry comes as officials worldwide grapple with the spread of novel coronavirus 2019, from Wuhan, China, to 20 countries, that has resulted in over 300 deaths.
The study came under the scanner as two of the 12 researchers belonged to the Wuhan Institute of Virology’s Department of Emerging Infectious Diseases, and it was funded by the United States Department of Defense’s Defense Threat Reduction Agency (DTRA). They would have required special permissions as foreign entities.
The study, conducted by scientists of the Tata Institute of Fundamental Research, the National Centre for Biological Sciences (NCBS), the Wuhan Institute of Virology, the Uniformed Services University of the Health Sciences in the U.S. and the Duke-National University in Singapore, is now being investigated for how the scientists were allowed to access live samples of bats and bat hunters (humans) without due permissions. The results of the study were published in October last in the PLOS Neglected Tropical Diseases journal, originally established by the Bill and Melinda Gates Foundation.
“The Indian Council of Medical Research (ICMR) sent a five-member committee to investigate. The inquiry is complete, and a report has been submitted to the Health Ministry,” a senior government official told The Hindu.
The U.S. Embassy and the Union Health Ministry declined to comment on the inquiry. In a written reply to questions from The Hindu, the U.S. Centre for Disease Control (CDC) in Atlanta said it “did not commission this study and had not received any enquiries [from the Indian government] on it.” An American official, however, suggested that the U.S. Department of Defense might not have coordinated the study through the CDC.
The study, ‘Filovirus-reactive antibodies in humans and bats in Northeast India imply Zoonotic spillover’, published in PLOS Neglected Tropical Diseases states the researchers found “the presence of filovirus (e.g. ebolavirus, marburgvirus and dianlovirus) reactive antibodies in both human (e.g. bat hunters) and bat populations in Northeast India, a region with no historical record of Ebola virus disease.”
Bats often carry ebola, rabies, marburg and the SARS coronavirus. Many high-profile epidemics have been traced to bats, and scientists are discovering new bat-borne viruses all the time. Ebola and Marburg viruses are known to cause severe hemorrhagic fevers, which affect many organs and damage the blood vessels, killing more than 50 percent of the people they infect, according to the World Health Organization.

It adds: “Ebola has posed a global health threat several times, most notably from 2013 to 2016. It is a deadly disease, with a fatality rate of roughly 50 percent.” Now, according to health officials, 2019-nCoV, too, has acquired the ability to pass between people and can do so before symptoms appear.
The Nagaland study suggests bats in South Asia act as a reservoir host of a diverse range of filoviruses, and filovirus spillover occurs through human exposure to these bats. For the study done in 2017, 85 individuals participating in an annual bat harvest at Mimi, Nagaland, were picked. The majority of bat hunters were male, aged between 18 and 50, and participated at least eleven times in the harvest. The study says the potential virus present in the bats may not be an exact copy of the virus responsible for various outbreaks.
Given the widespread challenges from the newly discovered viruses, officials say they want to take no chance on their spread and will take action to ensure all medical studies in the country adhere to strict norms. (The Hindu with inputs from PTI)