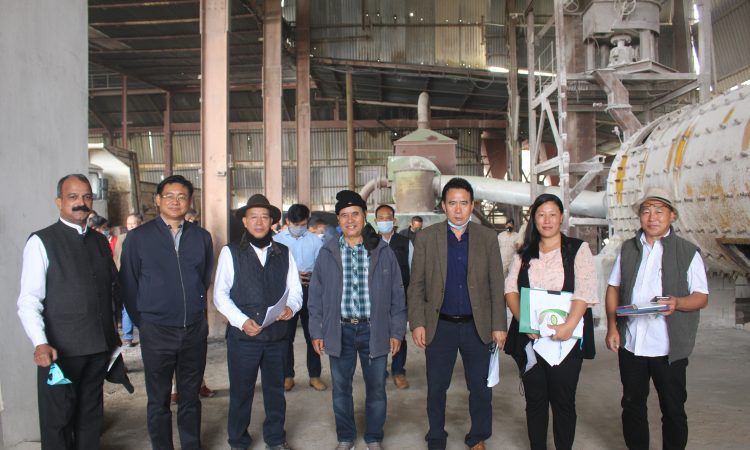 Dimapur, October 31: The Committee on Public Undertakings (COPU) under the chairmanship of Advisor for Horticulture, Mhathung Yanthan conducted on the spot verification of the Mini Cement Plant at Wazeho, Phek District from October 28 to 30. The Mini Cement Plat has remained inoperative for the last 12 years causing huge loss to the State Government.
During the visit, the committee also inspected the functioning of the Decorative & Dimensional Stone Plant (DDSP), Wazeho and visited the Mali Farm at Pfutsero under the Department of Horticulture.
Besides Mhathung Yanthan, members of the committee who undertook the tour were Advisor for Animal Husbandry, R Khing and MLA Dr Chotisuh Sazo. Commissioner & Secretary NLA, Dr PJ Antony and other officers from NLA and Nagaland State Mineral Development Corporation limited (NSMDC) accompanied the committee.
The committee will report its findings to the Assembly during its next sitting. (Page News Service)

Business as usual on Aug 3: CNCCI