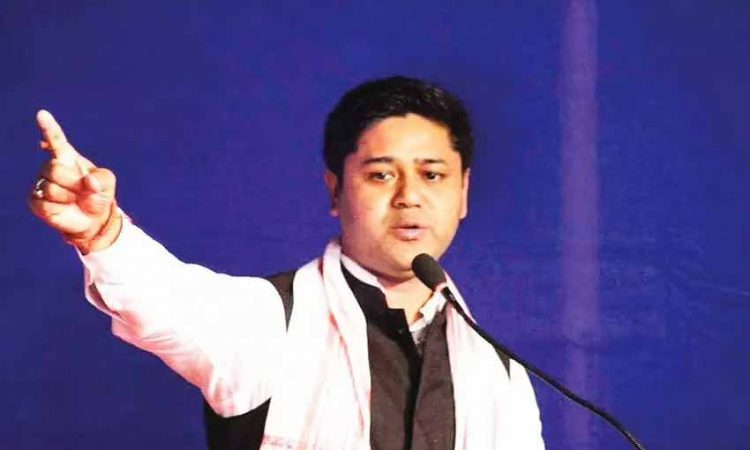 Nalbari (Assam), February 28: The convoy of Lurinjyoti Gogoi, the president of the newly floated Assam Jatiya Parishad (AJP), was on Sunday came under attack allegedly by supporters of the BJP in Nalbari district ahead of the assembly election.

The police said that investigation into the matter has started.
Though no one was injured in the incident which took place in Kalag area, one car of the convoy was damaged, AJP spokesperson Ziaur Rahman claimed.
A video clip of the incident, which has gone viral on social media, showed a group of people holding BJP flags and trying to block the convoy of Gogoi, who was going to attend a meeting at Bahjani under Barkhetri constituency in Nalbari district.
Gogoi said, “This planned attack shows how much BJP is rattled with the rise of the AJP. The administration should take strict action and I request the Election Commission to hold free and fair polls.”
Elections to the northeastern state will be conducted in three phases – on March 27, April 1 and April 6.
“AJP adviser Basanta Deka called up the DGP and demanded action into the incident. Our vice-president Chandra Kanta Das also informed the home secretary about the attack,” Rahman said.
Senior BJP leaders could not be immediately reached for comment.
The AJP has forged an alliance with the Raijor Dal, led by jailed anti-CAA activist Akhil Gogoi, for the upcoming elections.(PTI)