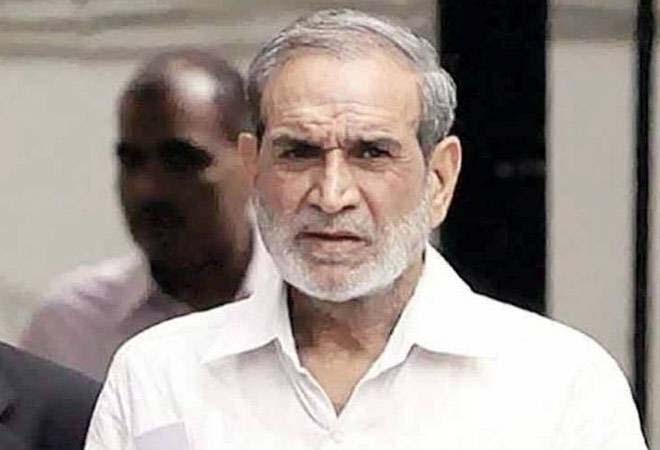 New Delhi, December 17: The Delhi High Court has reversed the trial court’s order acquitting Congress leader Sajjan Kumar in the 1984 anti-Sikh riots case and has held him guilty.
Sajjan Kumar has been sentenced to life imprisonment. The court has directed him to surrender by December 31, 2018, and has also slapped a fine of Rs 5 lakh on him and Rs 1 lakh on all other accused in the case. The court delivered its verdict after the CBI and the victims had filed an appeal against Sajjan Kumar’s acquittal.
The case relates to the murder of five members of a family during the anti-Sikh riots in the Raj Nagar area in the Delhi Cantonment on November 1, 1984.
Former Congress councillor Balwan Khokhar, retired naval officer Captain Bhagmal, Girdhari Lal and two others had been held guilty in the case earlier by the trial court. Besides Sajjan Kumar, Captain Bhagmal, Girdhari Lal and former Congress councillor Balwan Khokhar have been sentenced to life imprisonment.
The court also extended the sentences of Kishan Khokkar and former legislator Mahender Yadav from three years to 10 years.
The judgment holding Sajjan Kumar guilty was delivered by a bench of Justice S Muralidhar and Justice Vinod Goel. While passing its order, the court directed that “Sajjan Kumar shall not from this moment till his surrender leave the NCT of Delhi and shall immediately provide to the CBI the address and mobile number(s) where he can be contacted.”
While delivering its judgment, the court said, “It was an extraordinary case where it was going to be impossible to proceed against Sajjan Kumar in normal scheme of things as there appeared to be ongoing large-scale efforts to suppress cases against him by not even recording them.”
“Even if they were registered they weren’t investigated properly and investigations which saw any progress weren’t carried to logical end of a charge sheet actually being filed. Even defence doesn’t dispute that as far as FIR is concerned, a closure report had been prepared,” the court said.
“What happened in the aftermath of the assassination of the then PM was carnage of unbelievable proportions in which over 2,700 Sikhs were murdered in Delhi alone. Law and order clearly broke down and it was literally a free for all situation. Aftershocks of that are still being felt,” the court said.
“The mass killings of Sikhs between 1st and 4th November 1984 in Delhi and the rest of the country, engineered by political actors with the assistance of the law enforcement agencies, answer the description of “crimes against humanity”, the court said.
While reading the judgment, the court said, “In the summer of 1947, during partition several people were massacred. The accused enjoyed political patronage and escaped trial.”
Former Congress councillor Balwan Khokhar, retired naval officer Captain Bhagmal, Girdhari Lal and two others had been held guilty in the case earlier by the trial court.
While acquitting Sajjan Kumar, the trial court had awarded life term to Khokhar, Bhagmal and Lal, and a three-year jail term to two others – former MLA Mahender Yadav and Kishan Khokhar.
The convicts had challenged the trial court’s order in May 2013. The CBI had also filed an appeal, alleging they were engaged in “a planned communal riot” and “religious cleansing”. The agency and the victims had also appealed against the acquittal of Kumar. (Agencies)