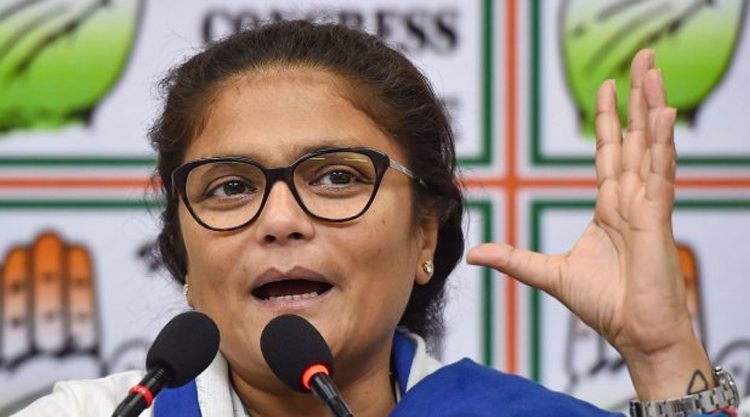 Guwahati, March 4: Continuing with its series of “guarantees”, the Congress said on Thursday that if the opposition ‘Mahajot’ or Grand Alliance is voted to power in Assam, it will ensure 50 per cent reservation for women in government jobs.

Addressing a press conference, All India Mahila Congress President Sushmita Dev said the Congress-led alliance will focus more on the upliftment of women and youths.
“When the Congress-headed grand alliance will form the government, we will implement 50 per cent reservation for women. This will be our guarantee and it will be one of the first things we’re going to do,” she said.
The Congress has formed a broadbased alliance with AIUDF, BPF, CPI, CPI(M), CPI(ML), and Anchalik Gana Morcha (AGM) to fight the upcoming assembly election against the BJP-led National Democratic Alliance (NDA) for 126-member Assam house.
Dev asserted that the Congress and the grand alliance believe in accountability and guarantee of jobs.
“Youths and women of Assam don’t want charity. They want job opportunities and want to contribute to the economy of the state,” she said, taking a dig at the BJP-led state government’s various schemes of direct benefit transfer.
Dev said the women reservation issue will be a part of guarantees in the manifesto for the upcoming Assam assembly polls.
Women form a big chunk of the Assam voters. Out of total over 2.31 crore voters in Assam, women electorate are more than 1.14 crore.
On March 2, Congress leader Priyanka Gandhi Vadra had announced five guarantees of the grand alliance — five lakh government jobs, monthly Rs 2,000 to every housewives, 200 units of free power to all, an act nullifying the Citizenship (Amendment) Act and hiking the minimum daily wages of tea garden workers to Rs 365.
All India Congress Committee General Secretary Jitendra Singh said the party’s ‘Asom Bachaon Ahok Yatra’ travelled over 10,000 km across the state and reached the poorest segment of the society.
“While interacting with the public, the most important issue that came out was unemployment. Insufficient salary is also another crucial issue among the educated youths working in the state.
“BJP did not solve any problem, but gave Citizenship (Amendment) Act to Assam,” he added.
Congress Assam unit president Ripun Bora said the grand alliance, if voted to power, will create a separate department for generation of jobs.
“We have already announced to create five lakh government jobs once our government is there. The BJP promised 25 lakh jobs in five years, but actually gave employment to only 80,000 youths in five years,” he added.
There are another 58,000 sanctioned posts that are vacant at present in addition to 20,000 SC and ST unfulfilled backlog posts, Bora said.
Congress Legislature Party Leader Debabrata Saikia appealed to all unemployed youths to register at a newly launched website — www.congressor5guarantee.in — for getting jobs after the grand alliance forms government.
During the launch of the online registration drive, 101 unemployed youths enrolled their names for jobs on the website.
Congress Campaign Committee Chairman Pradyut Bordoloi claimed Assam has a shortage of 40,000 health workers, 38,000 school teachers, 12,000 college teachers and 15,000 policemen among others.