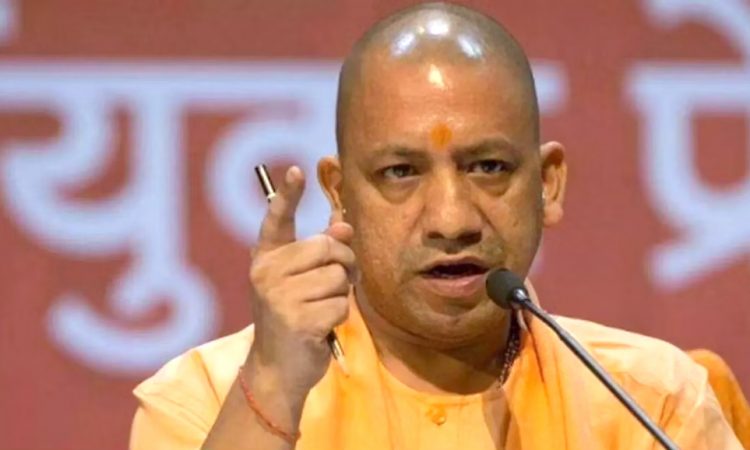 Hojai/Kalaigaon/Rangia (Assam), March 17: Uttar Pradesh Chief Minister Yogi Adityanath Wednesay slammed the Congress for lack of development and infiltration in the north east and militancy in Jammu and Kashmir.

Addressing three back-to-back public rallies at Hojai, Kalaigaon and Rangiya in poll-bound Assam, the senior BJP leader charged the Congress of “ignoring the people’s welfare and development of the region in its quest for power”.
“Congress never worked for development and progress of the region or the country’s unity or welfare of the people, but only to grab power. This resulted in forcing the people of the north east to endure its misrule and the problem of illegal migration for a long time.
“Northeast looked for development under the earlier governments for so many years. But there was none as progress was not in their (Congress’) agenda”, Adityanath said at Hojai.
Lauding the efforts of the BJP-led government at the Centre, he said Prime Minister Narendra Modi did not restrict it to the ‘Look East Policy’ but looked Beyond and implemented the ‘Act East Policy’ for the development of the region. He also directed each of his cabinet ministers to spend one day in the region to oversee implementation of welfare schemes.
Mounting an attack on the Congress, Adityanath said it had introduced Article 370 which provided for special status to Jammu and Kashmir in 1952 paving the way for entry of militants in the northernmost state.
“Congress had put restrictions on the movement of people from other states to Kashmir and buying land there. But now with the revocation of Article 370 by the NDA government at the Centre, anybody from any part of the country can buy property there,” he added.
Bharatiya Jana Sangh founder Syama Prasad Mukherjee had strongly opposed Article 370 calling it a threat to national unity as there cannot be two Constitutions, two flags and two prime ministers in one country, the BJP leader said.
The Bharatiya Jana Sangh was the forerunner of the BJP, which came into being in 1980.
“Prime Minister Modi and Union Home Minister Amit Shah fulfilled Mukherjee’s dream by revoking Article 370 and drove the last nail to end militancy in Kashmir”, he said adding the Centre has also done daring work by abolishing instant triple talaq.
At the Kalaigaon rally Aditynath lambasted the Congress-led Grand Alliance in Assam and said the grand old party has joined hands with Lok Sabha MP Badruddin Ajmal’s AIUDF, which is infamous for carrying out infiltration in Assam .
“They (Congress) have always supported infiltration.
It has formed a ‘Mahajot’ and is trying to influence the election. This is why this Assembly election is important – it will save the civilisation, culture and identity of Assam,” he added.
The election to the 126-seat Assam assembly will be held in three phases from March 27.
Adityanath claimed that under the leadership of Assam Chief Minister Sarbananda Sonowal the sstate has become free from terrorism and insurgency and is well on the path of development.
“This is new India. No one can be allowed to play with civilisation and culture. No one is allowed to play with the country’s security and sovereignty.
“We (BJP) will not discriminate in our developmental schemes on the grounds of caste, community, religion, region or language. We are for development for all, but appeasement to none,” he asserted.
Adityanath said the way BJP freed Srimanta Sankardeva’s birthplace (Bordowa) of infiltration will make Assam free from illegal immigrants.
“Srimanta Sankardeva was a visionary leader who planted the seed of cultural nationalism in India and drew attention towards infiltration. That’s why Sankardeva was never duly recognised by the Congress. The party always did appeasement politics,” was his rather surprising comment on the Vaishnavite scholar.
Srimanta Sankardeva was born in 1449 and died in 1568, while the immigration from the then East Bengal, which came to be known as East Pakistan after Partition, started in early 20th century.
The infiltration problem in the state got into limelight in the post-Independence era.
Adityanath said the people need a government like the Modi government, which defended the country with the surgical strike in Pakistan administered Kashmir in 2016 when that country intruded, brought about development and unity to the country and provided employment opportunities to the youth.
Modi, he said, has never discriminated among the people of the country but has taken everyone along irrespective of religion, region, caste or language for their welfare and progress,.
“Development for all is the prime minister’s and BJP’s moto,” Adityanath said.
Under Modi’s leadership during the last six years the BJP government undertook welfare schemes for all citizens, irrespective of the various differences. It provided benefits under Pradhan Mantri Awas Yojana, free LPG to women under Pradhan Mantri Ujjwala Yojana, LED bulbs, electricity, drinking water to each household, Rs five lakh insurance cover for the economically deprived, besides water to agricultural fields, he said.
He also referred to US President Joe Biden appreciating Modi for effectively handling the COVID-19 pandemic in India, vaccinating its citizens and also sending vaccines to friendly countries.

In the meeting at Rangia, Adityanath said the construction of the Ram temple has begun and invited the people of Assam to visit Ayodhya once the structure is ready. (PTI)