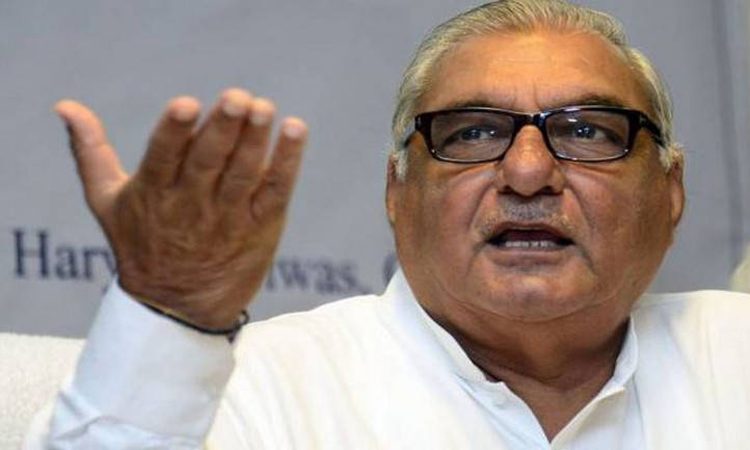 New Delhi, August 18: Former Haryana chief minister Bhupinder Singh Hooda on Sunday took a stand very different from the Congress on Article 370 and supported the central government’s move to remove special status for Jammu and Kashmir.
Hooda, who was addressing a rally at his home turf Rohtak, said it the Congress has lost its way. “When government does something right I support them. Many of my colleagues opposed the decision to abrogate Article370, my party has lost its way, it’s not the same Congress it used to be. When it comes to patriotism and self-respect, I’ll not compromise with anyone,” Hooda was quoted as saying by news agency ANI.
The comments by the Congress’s Haryana strongman comes come amid speculations that he might quit the party.
Sunday’s Parivartan maha rally is seen as an attempt by the two-time CM to force the Congress high command’s hand for change of guard in Haryana ahead of the assembly polls in October.
Hooda said that he was born into a patriotic family and never compromises on issues of national interest. His son and former MP Deepinder Singh Hooda has supported the Centre’s decision to scrap Article 370 and split Jammu and Kashmir into two union territories . On Sunday, Deepinder said if the Congress comes to power, it will follow the path of love, growth, and development.
“The path that the BJP has shown in the last five years is of riots, unemployment, and intolerance. Today, we have a chance to take back Haryana politics in the direction that will help it grow,” he said.
Bhupinder Hooda is a prominent Jat face of the Congress. He has been sparring with Ashok Tanwar, the state Congress chief, over several issues. Tanwar is a Dalit leader and is considered close to Rahul Gandhi.
The BJP won 7 out of the 10 Lok Sabha seats in 2014 and followed it up by winning the state polls in October that year, the first time BJP had done so after formation of Haryana in 1966.
In this year’s Lok Sabha elections, the Congress drew a blank in Haryana during the Lok Sabha polls this year with the BJP winning all 10 seats. (Courtesy: HT)