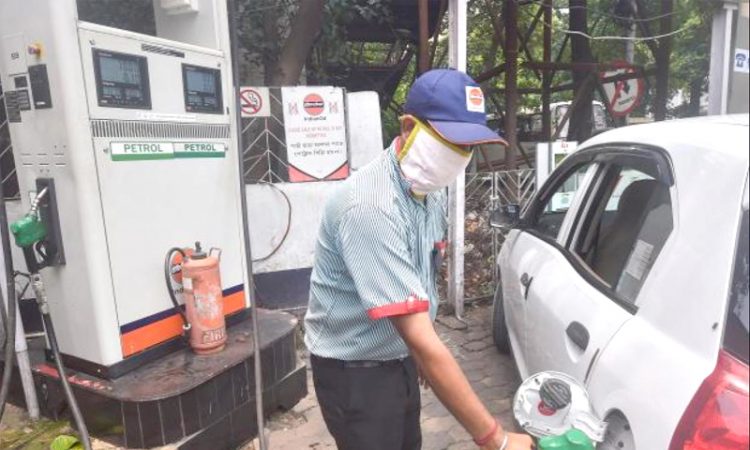 New Delhi, July 13: Slamming the government on the issue of price rise, the Congress on Tuesday said there is no respite from its “economic mess” and demanded that fuel prices and GST rates on mass-consumed goods be reduced to provide relief to the common people.

It also hoped that a joint strategy would be evolved by various parties to raise the issue in the upcoming session of Parliament.
“Come rain or shine, no respite from GOI’s economic mess,” Congress leader Rahul Gandhi said on Twitter.
He cited a report which said that Indians were selling their gold as the second COVID-19 wave has pushed millions into poverty.
Addressing a press conference, senior party leader P Chidambaram alleged that the high inflation is due to the wrong policies of the central government.
AICC general secretary and party chief spokesperson Randeep Surjewala said the issue of high inflation and price rise is being raised at the ground level through protests and demonstrations and would be taken up in the Monsoon session of Parliament.
Chidambaram hoped the other parties would also support the Congress in raising the issue of inflation in Parliament and a joint strategy would be evolved.
“The NDA government has continued to pretend that the concern about price rise is a false concern and, if the government ignores the issue, the issue will go away. The Congress party condemns the callous negligence of the government on the issue of price rise,” he told reporters.
The former union minister said this inflation has not been caused by a spurt in demand, which on the contrary is low, or due to excess liquidity or too much money in the hands of the people.
“This inflation has been caused by the wrong policies of the government and its inept management of the economy,” he alleged.
“The Congress party demands that the central government should immediately reduce, substantially, the prices of petrol, diesel and LPG. We demand that import duties be reviewed and re-set so that prices of essential imported goods are cheaper.
“We also demand that GST rates be reduced on an array of goods that are mass-consumed by the people. We are convinced that these steps alone will bring relief to the people from the crushing burden of high inflation,” Chidambaram said.
He said the Congress party will raise the issue of high inflation in the forthcoming session of Parliament and demand a full discussion on the subject as well as substantial relief for the people of India.
“Let me caution the government: the issue of high inflation will not go away if you pretend it does not exist,” he said.
He urged the government to review import duties to ensure that prices of essential imported goods are cheaper.
The Congress leader said inflation, even in a normal time, would be intolerable, but the pandemic raging in the country has resulted in jobs being axed, unemployment rising to 8.1 percent and incomes/wages being cut for millions of working people.
In such a situation of widespread distress, inflation has broken the back of the people, and “we hold the central government under Shri Narendra Modi directly responsible for the high inflation”.
Asked if the Congress would raise the issue of reducing GST in the meeting of the GST Council, the former union minister said there has been scant regard for the Council in this government.
He alleged bureaucrats are running the show and the Council is only informed about the decisions taken by the bureaucracy and any issues raised by member states are disregarded.
In another tweet on price rise, Gandhi cited a news report that stated that food items have become expensive due to high prices of petrol.

“Ate and also fed their ‘friends’ – Just not letting the public eat,” he said in a tweet in Hindi, using the hashtag “#PriceHike”. (PTI)