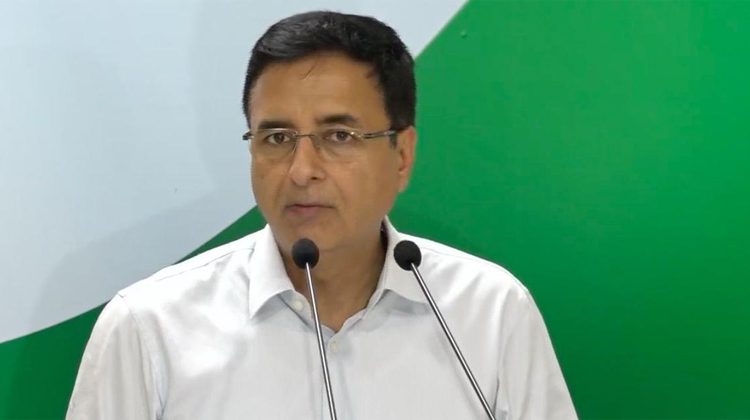 New Delhi, November 4: With India deciding not to join the Regional Comprehensive Economic Partnership (RCEP), the Congress on Monday claimed victory saying its forceful opposition ensured that the BJP government backs out from bartering the interests of farmers, dairy producers, fishermen and small and medium businessmen.
Congress chief spokesperson Randeep Surjewala said it is a win for all those protecting national interests.
“As BJP and Sh. Amit Shah indulge in fake credit seeking today, let them remember that Congress’ forceful opposition made them back down,” he claimed.
He alleged that the BJP government “had gone overboard” in its zeal to sign RCEP.
Congress general secretary Priyanka Gandhi Vadra said the BJP government was all set to sign the RCEP agreement with pomp and show but had to stall its decision after farmers unitedly opposed it and did not allow their hard work and national interests to be bartered to foreign companies and countries.
“The BJP government after crushing farmers’ interests, was going to hand over the national interests of India to foreign countries by signing the RCEP agreement (anti-farmer agreement) with pomp and show. But, the farmers of the country opposed it with complete unity,” she said in a tweet in Hindi.
“They gave a clear message that their hard work will not be allowed to be handed over for the benefit of foreign companies.
“The BJP government was today forced to stall its decision on RCEP agreement. I congratulate all farmer brothers and sisters. I thank the Congress party workers who supported the farmers extensively on this issue,” she also said on Twitter.
Surjewala said with “rampant unemployment, a sinking economy and deep agrarian crisis emanating from utter mismanagement of economy by BJP Government”, signing RCEP would have been catastrophic.
“A forceful opposition by Congress and Rahul Gandhi ensures that BJP government backs down from bartering the interests of farmers, dairy producers, fishermen, small and medium businesses at the altar of political expediency (sic),” he said on Twitter.
“By backing down at the behest of the Congress party and farmers groups, our government has been forced to take a correct decision,” Surjewala said.
The Modi Government was pushing to sign RCEP agreement without addressing genuine concerns and national interests, he alleged, adding that no care was taken about farmers and MSMEs objections or national security interests.
“India’s farmers and MSME’s had genuine unaddressed concerns about — Circumvention of Rules of Origin to dump Chinese goods; Absence of safeguards to prevent against import surges at the cost of domestic industry; No assurance on market access for service and IT industry,” he also said.
India on Monday decided not to join the mega Regional Comprehensive Economic Partnership (RCEP) deal as negotiations failed to address New Delhi’s concerns, government sources said.
They said India’s stand at RCEP is a strong reflection of Prime Minister Narendra Modi’s strong leadership and India’s rising stature in the world.
India’s decision will greatly help Indian farmers, MSMEs and dairy sector, the sources said.
The External Affairs Ministry said India decided not to join RCEP because of unresolved issues and believes that under current circumstances, it would not be proper to join the RCEP.
The decision was taken considering national interests, the Ministry said. (PTI)