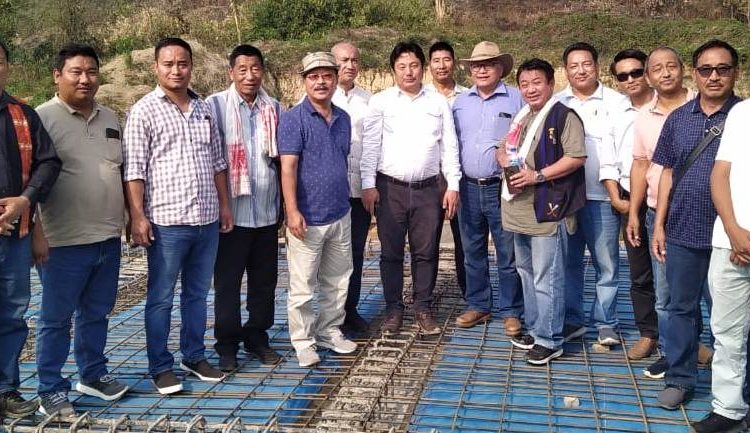 Dimapur, March 17: The ruling NDPP has stressed the importance of the Trans Nagaland Highway, popularly known as the Foothill Road, on the economy of the State and the party’s commitment to the Foothill Road project.

In a statement issued today after a High Power Committee of NPDD, along with NFHRCC and officials of the concerned department visited the ongoing construction site of the Doyang Bridge on March 16, the NDPP said the Trans Nagaland Highway/Foothill Road has the vast potential to positively impact the entire State and elevate the economic livelihood of Nagaland.
Understanding these aspects and as a reflection of the desire of the people, the NDPP has instituted a committee to look into the project and facilitate efforts towards its early realization in the interest of the State, it said.
Stating that the NDPP is committed to make all out efforts in ensuring all round progress and development of the State, the NDPP assured to urge the State Government and the Government of India to give importance and priority to the Foothill Road project and undertake it as a nationally important project.
During the March 16 visit to Doyang Bridge construction, the visiting team had a detailed deliberation on the status of the ongoing project with special reference to the Doyang Bridge. It was reported that the whole road cutting is almost completed except for two stretches – one at Tizit area and another at Niuland area; the bridge was also found to have completed up to 70.66%, it informed.
The HPC was led by Alemtemshi Jamir, working president NDPP, along with Chuba Chang, Sr. vice president NDPP, Obed Quinker, general secretary NDPP, Nungsang Aier, convener CPC NDPP, and David Neikha, secretary, media & communication, NDPP.
The NFHRCC team was led by its convener, Supulepden Jamir, the RalanArea Lotha Hoho was led by its president, Samuel Ovung and the Lotha Lower Range Public Organization led by joint secretary, James Tungoe. (Page News Service)