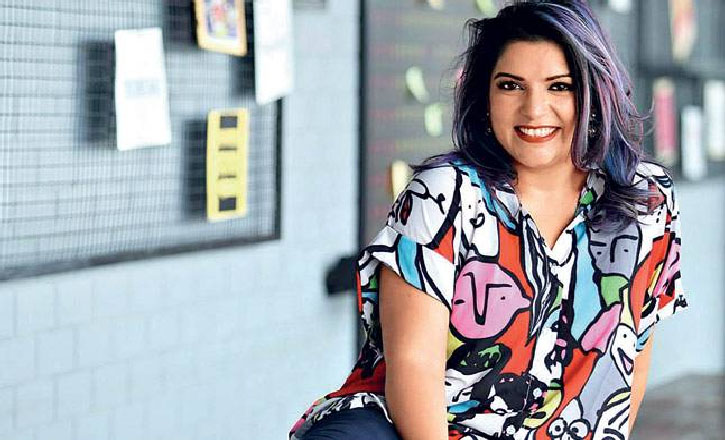 Rishi Kapoor’s latest abusive outburst on Twitter hasn’t gone unnoticed. The actor replied to a Twitter user’s criticisms of the new Sanju trailer – the film stars Rishi’s son, Ranbir Kapoor – by entering his direct message inbox and calling him names. Rishi has done this on several occasions previously, and this time, comedian Aditi Mittal has called him out on his behaviour.
“Rishi Kapoor keeps abusing people online, and every news and entertainment portal keeps covering his movies and interviews as if this kind of behaviour is NORMAL,” Aditi wrote on Twitter on Thursday. She went on to imply that he isn’t the only Bollywood star guilty of this sort of behaviour. “While promoting his 102 Not Out film with master creeper, Amitabh Bachcan, NOT ONE outlet had the guts to ask him about if he’s ok with embarrassing himself in DM’s on Twitter,” she said, “Coz apparently this is the kind of behaviour expected from these heros. India is sick with hate & misogyny. Why does no one in the film community call this out? Because it’s Rishi Kapoor?”
On Wednesday, Rishi Kapoor responding to a fan’s comments that the upcoming Sanju movie looked like it was trying to clean up subject Sanjay Dutt’s image, had said that since he was in the entertainment industry, he was qualified to understand films, adding that the fan didn’t deserve to see films at all. Rishi went on to attack the fan with more offensive language later.
Journalist Rituparna Chatterjee chimed in by reminding her Twitter followers that she was blocked by Rishi for criticising one of his tweets, adding that she considered him to be a ‘disgusting, reprehensible man’.
Rishi is known to attack his critics by using language that could be seen as offensive to one’s religion and physical appearance.