HomeTop StoriesCombing operation launched to trace militants involved in killing of MLA and 10 others
Top Stories
2 years agoMay 22, 2019No tags 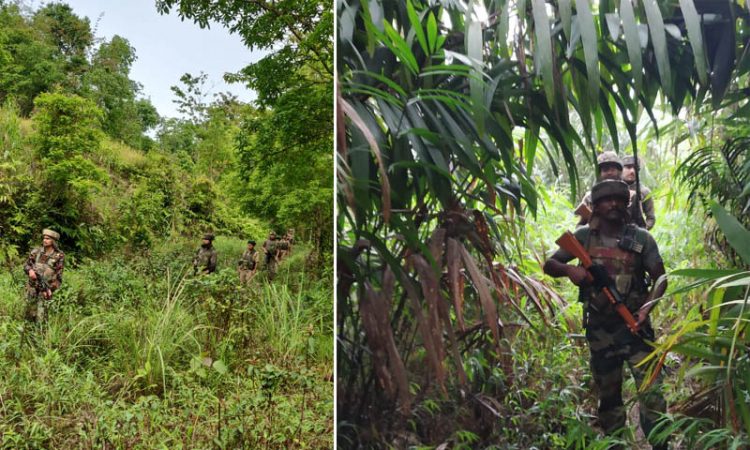 ITANAGAR, May 22: A massive combing operation has been launched by security forces to trace the suspected NSCN militants who gunned down MLA Tirong Aboh and 10 others near Khonsa in Arunachal Pradesh on Tuesday, an official said on Wednesday.
The Army, the Assam Rifles and the state police have launched the operation to nab the perpetrators involved in the crime, Tirap deputy commissioner P N Thungon said.
The suspected NSCN rebels gunned down Aboh, his son and nine others in the 12 Mile area, 20 km from Khonsa, the district headquarters town of Tirap, on Tuesday, when the lawmaker was on his way to Khonsa from Dibrugarh in Assam.
Aboh (41) had won the Khonsa West Assembly seat in 2014 and was seeking re-election as a National People’s Party (NPP) candidate from the constituency.
“So far, no arrests have been made, but the operation has been intensified by the security agencies by cordoning the area,” the DC said.
The bodies of the victims have been handed over to their relatives after conducting post-mortem.
Defence sources at Dinjan in Dibrugarh confirmed the involvement of NSCN(IM) in the killings, stating that a group of about 10 to 15 rebels were involved in the shootout.
The militants had also set ablaze one of the vehicles in Aboh’s convoy, the sources said.
While a police personnel and a civilian had sustained bullet injuries in the attack, a woman and another police personnel had escaped unhurt.
The civilian and Aboh’s PSO were shifted to a Dibrugarh hospital, Director General of Police (DGP) S B K Singh had said.
The DIG (East), the IGP (Law & Order) and the SP from neighbouring Changlang district moved to Khonsa on Tuesday to supervise the operations and coordinate with various security agencies.
This is the second such incident in Tirap district in recent times, after two supporters of Aboh were killed by NSCN(IM) militants in March. (PTI)