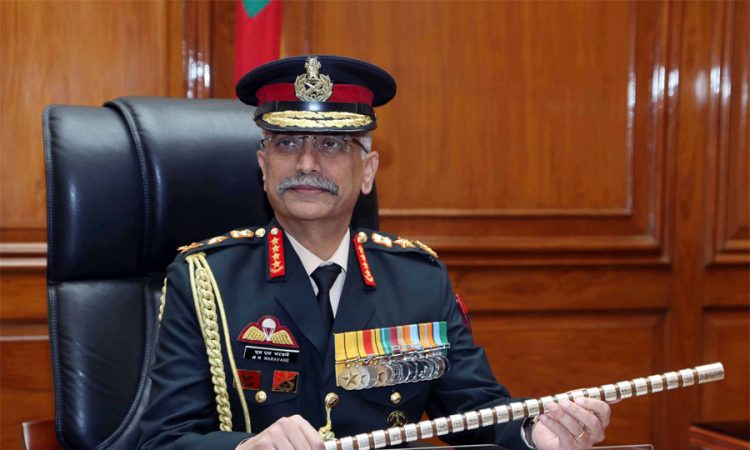 KOHIMA, NOVEMBER 24: Chief of Army Staff, General Manoj Mukund Naravane is on a two-day visit to Nagaland. He will be Governor R N Ravi’s guest.
Ravi, who was away from the state, has also reached the state capital to receive the Army Chief.
General Naravane will land at Kohima today from Imphal at 2 p.m., and is expected to call on Governor RN Ravi, who is also the Union Government’s Interlocutor for the Naga peace process and Chief Minister Neiphiu Rio.
Sources said the Army Chief will hold security review meetings with the Governor, Chief Minister, top army officers and security agencies.
His visit assumes significance at a time when there is a deadlock in the Naga talks at New Delhi between the Centre and Naga negotiators. Recently General Naravane also visited neighbouring Myanmar to discuss security issues of the two nations. Some Naga militants, including a large group of cadres from the National Socialist Council of Nagalim (NSCN), still have camps in Myanmar.
During his stay here the Chief of Army Staff will visit the Kohima Orphanage and Destitute Home, which is aided by the Assam Rifles.
General Naravane was Inspector General of Assam Rifles (North) based at Kohima.
(Page News Service)