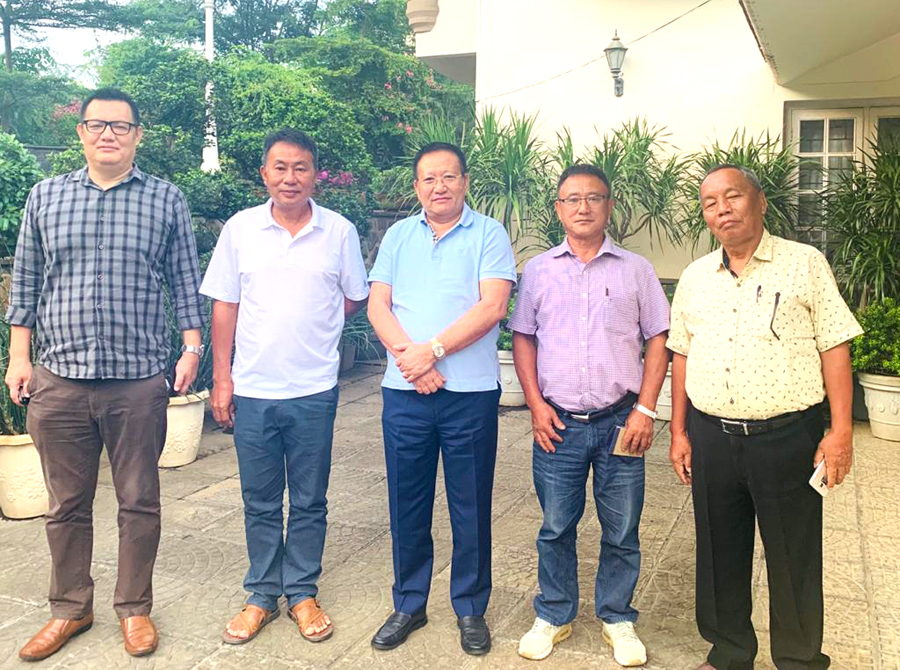 Dimapur, September 17: The Central Nagaland Tribes Council (CNTC) today met the Political Affairs Mission (PAM) of the Naga Peoples’ Front (NPF) at the Dimapur residence of Leader of Opposition and PAM convener T R Zeliang to discuss the way ahead for Naga solution, which Government of India intends to conclude by September.
In the crucial discussion and deliberation which lasted for almost 2 hours, CNTC officials made its position clear that it will stand by the resolution of 14 Apex Naga Tribal Hohos adopted on August 11, that solution should be based on the Framework Agreement and the Agreed Positions and thereafter the last formal talks held on 31st Oct 2019, which has been agreed by GoI, NSCN IM and WC, NNPGs.
A communiqué from the PAM said the CNTC also stated that unresolved issues be taken up in the future through a political means. They also stressed the need for unity for a common Naga accord which should be acceptable, hounourable and inclusive. CNTC committed that on the Naga issue, it needs genuine efforts by all to come to a common platform to avoid any misunderstanding post accord.
TR Zeliang appreciated the stand of CNTC and apprised them that in the previous discussion held at Chumukedima with apex organizations in which CNTC could not attend, all apex organizations had similar perspective and road map on the way ahead for Naga solution. He was of the view that all tribal apex bodies should be in unison and work towards amalgamation of the various Naga Political Groups so that there is only one agreement and one solution.
The PAM urged the CNTC to work in tandem with the other apex organizations so that with a collective effort “we can come to a common platform and achieve the much desired and aspirations of the Naga people.” He further stated that Naga issue is sacred to all Nagas and at this critical juncture, tribal and political colours should be shunted for the welfare and well being of each one of us and that the Naga people should be the best judge as a matured progressive society. (Page News Service)