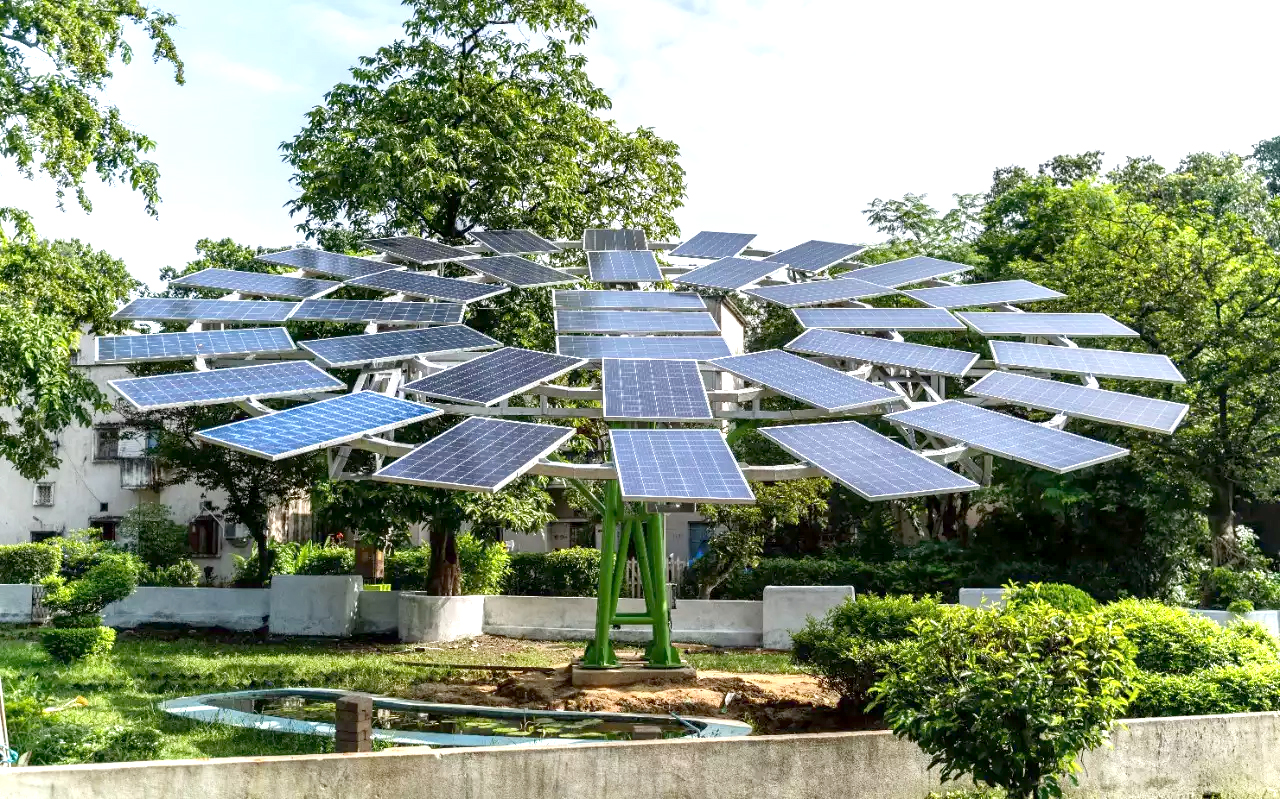 KOLKATA, SEPTEMBER 2: Central Mechanical Engineering Research Institute (CMERI), Durgapur, has installed a huge solar tree at its residential colony, which it claimed is the world’s largest solar tree.
The solar tree has been designed in a manner to ensure maximum exposure of each solar photovoltaic (PV) panel to sunlight and also creation of the least amount of shadow area beneath, an institute spokesman said Tuesday.
“The installed capacity of the solar tree is above 11.5 kWp (kilowatts peak) on a daily basis. It has the annual capacity to generate 12,000- 14,000 units of clean and green power”, Prof Harish Hirani, the Director of CMERI, which functions under the Council of Scientific and Industrial Research (CSIR), said.
“The power production, as well as number of PV panels in the solar tree developed by us, is the largest in the world,” he said.
The Institute spokesman said according to information available with us, world’s largest solar tree was till now in Europe which is producing 8.6 kWp of energy daily, below the power generation capacity of our solar tree.
“The inclination of the arms holding the 35 solar PV panels are flexible and can be adjusted as per requirement and this feature is not available in roof-mounted solar facilities,” Hirani said.
The energy generation data can be monitored either real-time or on a daily basis. The Director explained that the CSIR-CMERI developed solar tree has certain features which can be customized for application at diverse sites. The tree was officially commissioned on Monday at the residential colony of the institute after being set up one week back and going through trial runs.
Similar solar trees developed by the premier scientific research institute can have widespread usage in agricultural activities such as high capacity pumps, e- tractors and e-power tillers.
“These solar trees can be used in agriculture for substituting price-volatile fossil fuels,” he said.
“Each solar tree has the potential to save 10-12 tonnes of CO2 emission being released into the atmosphere as Greenhouse gases when compared with fossil fuel-fired energy generation. Besides, the surplus generated power can be fed into an energy grid,” he said. “Each solar tree will cost Rs 7.5 lakh and the interested MSMEs can align their business model with the PM-Kusum scheme for farmers, for developing a renewable energy-based grid,” he said.
The solar tree has the capability to incorporate IOT based features, like round-the clock CCTV surveillance in agricultural fields, recording real-time humidity, wind speed, rainfall prediction. The CSIR-CMERI developed solar-powered ‘e-Suvidha’ kiosks may also be connected to the solar trees for real-time access to the agricultural database, he said. (Courtesy: TS)