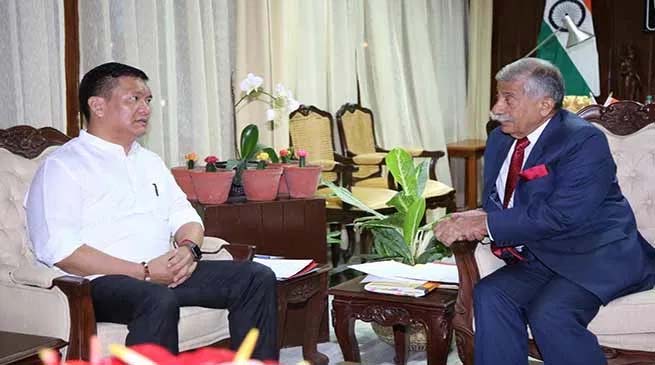 Itanagar, November 15: On the eve of the National Press day, Arunachal Pradesh Chief Minister Pema Khandu on Sunday lauded the state’s media for providing correct information during the COVID-19 crisis.

“The information on COVID-19 offered to the people by the press was praiseworthy and immensely helped the state government in combating the spread of misinformation” he said in a message.
Despite many offices remaining closed during the pandemic, mediapersons did not shy away from work, the chief minister said.
“Compared to other states, our media fraternity is still evolving. I can proudly say that despite financial and other pressures, journalists of both print and electronic media have been relentlessly working to inform and inspire the people.
“This is an opportune moment for me to thank them on behalf of the people of Arunachal Pradesh,” Khandu said.
As a free press is an integral part of a healthy democracy, the state government is committed to the safety, security and prosperity of journalists and media houses of the state, the chief minister said.
Governor Brig (Retd) Dr B D Mishra also extended his warm wishes to the media fraternity of the state.
In his message, the governor said that media plays a vital role in dissemination of information to people based on facts and truth.
“Committed to its social responsibility towards the people and our nation and being proactive partners in developmental programmes, the media must motivate people to work towards a just and corruption free society and promote development of the nation,” he said in his message.
November 16 is celebrated as the National Press Day in the country as on this day in 1966 the Press Council of India started functioning as a responsible body overlooking the works of the press. (PTI)