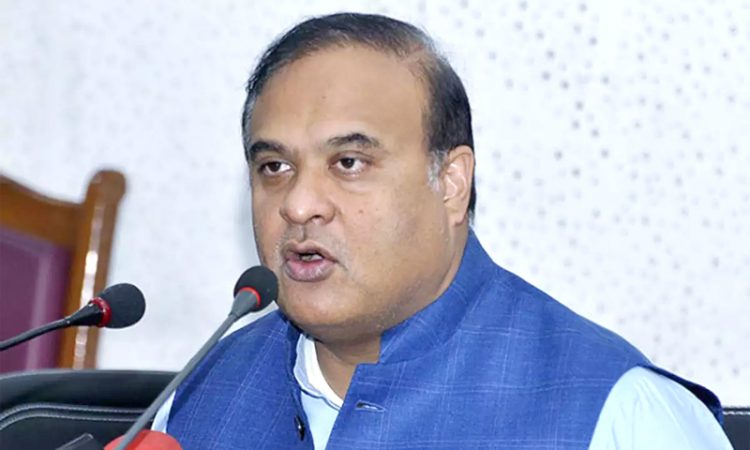 Guwahati, February 17: Senior Assam minister Himanta Biswa Sarma on Wednesday said the government cannot implement the recommendations of the central panel on Clause 6 of the Assam Accord as those are “far from legal reality”.
This is the first time someone from the government spoke about recommendations of the report, which was submitted to Assam Chief Minister Sarbanando Sonowal on February 25 last year for handing it over to the Union Home Minister Amit Shah.
“The recommendations given by the committee are far from the reality of this land…. How can we implement them? said Sarma, also the convenor of the North East Democratic Alliance (NEDA), the regional arm of the NDA.

The recommendations go against many Supreme Court judgements, he said at the launch of his book, “Eta Saponar Pom Khedi (Chasing a dream)”, comprising 25 of his speeches.
The apex court had ordered that reservations cannot exceed 50 per cent, but the panel’s report suggested more than that, he added.
“Why did the committee not consider Supreme Court judgements? I think those were not recommendations, but their (panel’s) expectations only,” the BJP leader said.
On February 11, Assam Governor Jagdish Mukhi said in the assembly that the state is still examining the Clause-6 report, prepared by Justice Biplab Kumar Sarma-led High-Level Committee (HLC) of the Union Home Ministry, and has not forwarded it to the Union government for consideration.
As per the Clause 6 of the Assam Accord, Constitutional, legislative and administrative safeguards, as may be appropriate, shall be provided to protect, preserve and promote the culture, social, linguistic identity and heritage of the Assamese people.
The bone of contention since the signing of the Accord on August 15, 1985 has been the definition of Assamese people, which the committee tried to fix as the tribal, indigenous and all other Indian citizens residing within the territory of Assam as per the First Schedule of the Constitution on or before January 1, 1951 along with their descendants.
Talking about the Citizenship (Amendment) Act, Sarma said the rules of the law, when framed, will have “striking balance” between advantages given to Hindu immigrants and interests of the Assamese people.
“My job is to strike a balance between Hindus and Assamese. I take pride as a Hindu. If you are a Hindu, then we will accommodate everyone who is not a threat,” he added.
He said that people believing in other faiths can also be a Hindu if they consider ‘Bharat’ as their motherland.
“If there is a clash between Bharat and Gita, and you stand with Bharat, then you are a Hindu,” he said.
On AIUDF chief Badruddin Ajmal, who has always been a target of Sarma, the senior BJP leader said that the Lok Sabha MP from Dhubri is alleged to have received funds from groups having links with Islamic terror groups.
Ajmal heads All India United Democratic Front (AIUDF) which has 14 MLAs mostly from the minority Muslims dominated areas of Assam at present. The party has teamed up with Congress and four other political parties to form a Grand Alliance against the ruling BJP in the assembly election likely to be held in March-April.
Referring to the philanthropic activities on health and education sector by the Ajmal Foundation’ set up by the AIUDF chief, Sarma said, “Do you want an IAS officer who is educated on funds from Islamic terror groups?”
On his repeated usage of the phrase ‘clash of civilisation’ while referring to Ajmal, the minister said that it is just “a political word and not related to any person”. (PTI)