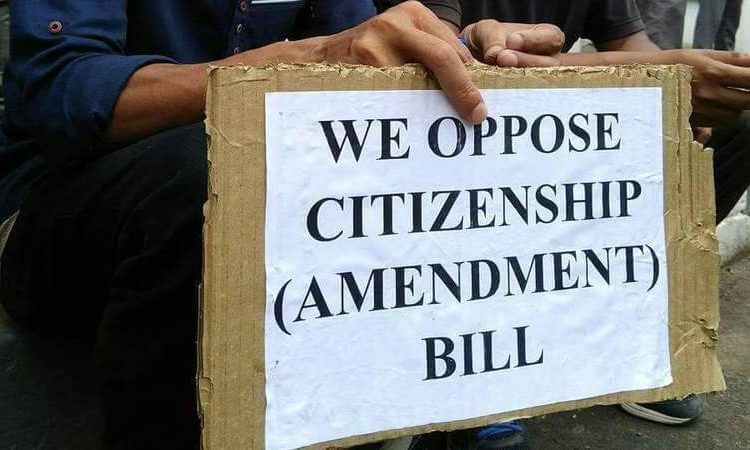 Guwahati, January 13: The Asom Gana Parishad’s (AGP) withdrawal of support BJP-led government in Assam last week in protest against the Bill has triggered political uncertainty and fuelled speculations about new political equations.
The BJP on Sunday played down an offer from the Congress to support Assam chief minister Sarbanabda Sonowal if he forms a breakaway government in the light of a massive public opposition to the Citizenship (Amendment) Bill.
The Congress sees an opportunity for a comeback in the current political turbulence and has urged Sonowal to quit the saffron party along with MLAs loyal to him.
“It’s an old offer. Sonowal himself and many BJP MLAs have said in the past that they will never support any cause which is detrimental to Assam or Assamese people. Since a large section in Assam is opposed to the Citizenship (Amendment) Bill, Sonowal along with his supporters should quit the BJP,” said senior Congress leader Debabrata Saikia.
“We are willing to support a Sonowal-led government, from within or outside, if the chief minister takes up our offer,” Saikia, who is leader of opposition in the Assam assembly, added.
The BJP has 62 seats in the 126-member assembly while coalition partner Bodo Peoples’ Front has 12. The AGP has 14 MLAs, the Congress 24 and All India United Democratic Front (AIUDF) has 13.
The ruling party insists that Sonowal ditching the BJP is unthinkable.
“Saikia’s offer is completely hypothetical. Sonowal is a mass leader who knows that the Bill is going to benefit the people of Assam in the long run. He is not hungry for power and there’s no question of him leaving BJP to join hands with Congress,” said BJP’s Assam unit chief Ranjit Dass.
The Bill which seeks to grant citizenship to Hindus, Parsis, Sikhs, Christians, Jains and Buddhists from Bangladesh, Pakistan and Afghanistan, was passed in the Lok Sabha last week and is expected to come up for voting in Rajya Sabha in the next session beginning on January 31.
Fears of threat to indigenous populations from immigrants from Bangladesh due to passage of the Bill has led to protests in all seven states in the region and some BJP allies have threatened to follow the AGP if the amendment is passed in Rajya Sabha.
Amid the turbulence, the AGP on Saturday gave indications of joining hands with the BJP again if the saffron party withdraws the Bill in the interest of Assam.
“It seems highly improbable that the BJP would backtrack on its support to the Bill now. But if they do, we may reconsider our earlier stance. Otherwise there’s no question to supporting them again,” said AGP president Atul Bora.
The former minister in the Sonowal cabinet denied speculations that AGP might form an alliance with the Congress or AIUDF. Bora also refused to comment on whether his party will contest Lok Sabha polls alone or join an alliance.
“We are not thinking on those lines at all at the moment. Our aim now is to join forces with the people of Assam and those groups who are opposing the Bill,” he said.
The BJP said it is open to welcoming AGP if the regional party gives up its opposition to the Bill.
“Both BJP and AGP are united in our opposition to the Congress. Our party is committed to passing the CAB in parliament. But if AGP wants to join us again, without any pre-conditions, we will welcome them,” said Dass.
In another development, opposition by tribal groups in the state to the Centre’s move to grant scheduled tribe (ST) status to six more communities has turned a volatile situation even more fraught.
On Friday, the Coordination Committee of Tribal Organisations in Assam (CCTOA) had called a 12-hour shutdown across the state in protest against the Centre’s move to give ST status to Tai Ahoms, Muttocks, Morans, Adivasis, Koch Rajbongshis and Chutias. (Courtesy:HT)