Dimapur, January 10: The Nagaland Pradesh Congress Committee (NPCC) has demanded the BJP Nagaland to resign on grounds of the Citizenship (Amendment) Bill 2016 and failure to resolve the Naga political issue.
In a press release, NPCC president, K Therie said the Citizenship (Amendment) Bill 2016 is not acceptable to Nagaland. He said the objective of the Bill clearly defies the interests of tribals and indigenous inhabitants particularly in the Northeast which will be compromised despite previous safeguards.
In the context of Nagaland, Therie said the Congress stands by the 1963 electoral Roll as the basis of settlement in Nagaland. “We have conveyed our stand that we do not approve of the Bill at any cost, when it was introduced last year,” he said.
The NPCC alleged that the BJP’s intent to grant illegal immigrants from Bangladesh, Afghanistan and Pakistan citizenship on religious grounds is encouraging further infiltration in the Northeast, which is already grappling with a wide range of issues stemming from illegal immigrants including changes in demography and dilution of inherent social, cultural and linguistic properties to the extent of reduction of the indigenous people to a minority status.
On the state Cabinet’s resolution to merely urge the centre to re-examine and review the Bill without spelling out any proposal, the NPCC said such move will not yield results “for it is clear that such urging is an attempt to walk the tightrope not knowing which side to jump.”
The NPCC also asked the Chief Minister of Nagaland not to mislead the people by confusing with the provisions of Art 371(A) and Bengal Eastern Frontier Regulation 1873.
“Nagaland is already overcrowded with infiltrators. The youth have no jobs and youth exodus has become a major concern for Congress. Our boys and girls don’t see any future in Nagaland. They have lost hope. They do not even want to return to Nagaland as merit no longer has a place. It is nepotism, bias and backdoor appointments that rule,” he added. (Page News Service) 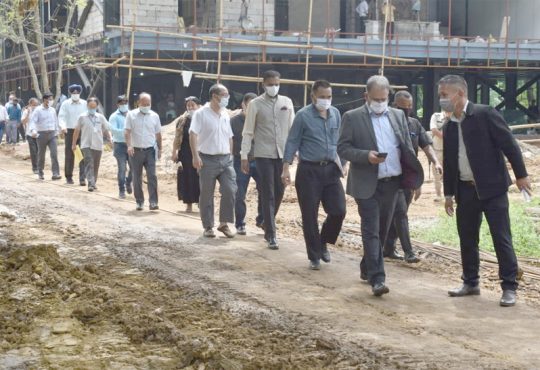