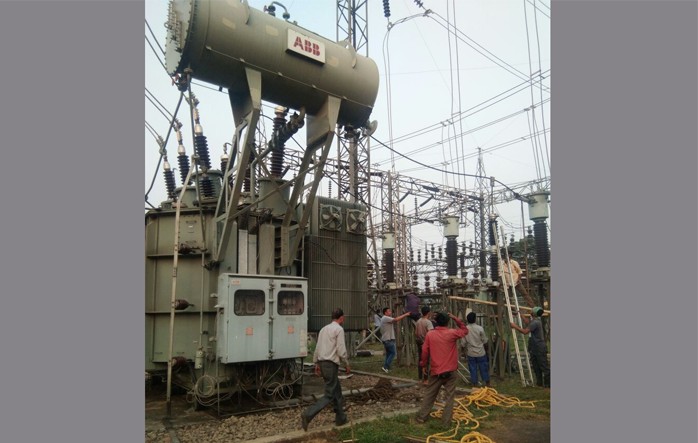 Dimapur, June 24: The power situation in Dimapur continues to get worse with the rising mercury forcing the citizens here to literally sweat it out.
It is not just the scorching summer heat, which has already hit mid-30 degrees, that is contributing to the citizen’s plight, but their inability to watch their favourite team playing in the FIFA World Cup 2018 due to prolonged irregular power cuts has incensed the citizens in Dimapur.
Many football fans in Dimapur have complaint about not seeing a full match of this year’s FIFA World Cup without any interruption due to irregular power cuts. “What is the Power Department doing if it cannot ensure 90 minutes of uninterrupted power supply during World Cup matches,” was what most fans asked.
But it is not just the football fans that are complaining. Traders involved in perishable food items, including hoteliers, are the worst affected as they incur huge losses as a result of the irregular power cuts for long periods. “Earlier there was specific load shedding for one hour followed by two hours of power supply, but
for nearly a week now power supply has gone haywire with everything is irregular resulting in huge losses. The Power Department who we pay regularly for electricity consumed has not given any reasons for the irregularity in service or change in timing of loadshedding. What are they (Department) doing,” said the manager of a popular restaurant in Dimapur.
On Sunday, power supply was cut off in most part of Dimapur town for more than 7 hours in one go. The worst part was that the Power Department’s control room numbers were inaccessible to consumers with busy tones or simply not picking up the phone by those manning the control room. But this is not the first time the control room staff had played hide and seek with the consumers, as this has been highlighted time and again in the local dailies with no action taken by the Department. Perhaps, it’s a Department’s policy to be not accountable to its paying consumers.
(Page News Service)