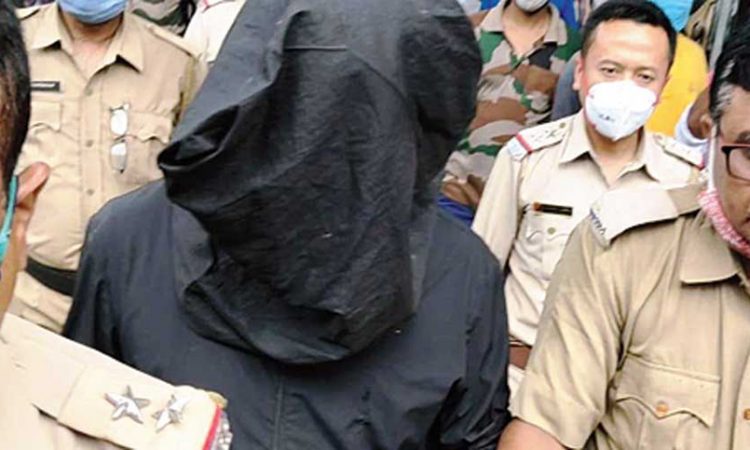 MALDA, JUNE 13: Han Junwei, the Chinese national who was intercepted by the Border Security Force (BSF) as he allegedly tried to infiltrate into India through the Indo-Bangladesh border in Malda early on Thursday, is now being suspected to be one of the masterminds of an international racket that is engaged in financial fraud, senior officials of BSF and the State Police said on Saturday.

“During investigation, we have come to know that the contact that Han had in India who was nabbed by the Anti-Terrorist Squad (ATS) of Lucknow, Uttar Pradesh, had supplied him with around 1,300 Indian SIM cards in phases while he was staying in China. We suspect Han is associated with a racket that steal peoples’ money. Those SIM cards were sent to China so that calls can be made to unsuspecting victims”, said a source.
The Chinese national hails from Hebei province of North China.
“We need to grill him further to obtain more information about the racket and also whether there is any other angle”, the source added.
The police and intelligence agencies have also come to know that a blue-corner notice was issued against him earlier this year after his friend and partner in crime San Jiang, was arrested by the ATS in Lucknow.
“As the notice was issued against him, Han was denied an Indian visa when he tried to get into the country (India) again. This made him plan a route through Nepal or Bangladesh and accordingly, he reached Dhaka and took the route to Malda via Chapai-Nawabganj district of the neighbouring country”, said the officer of an intelligence agency.

On Friday evening, Han had been handed over to the Malda district police. On Saturday, he was produced at a local court here. The court heard the case and sent him to police custody till June 17, said sources.
Senior police officers said they are also in touch with the ATS of Lucknow.
“If they (ATS) intend to take him into custody, suitable legal arrangements would be made. The statement and information which we gather from him will also be shared with different agencies”, said a police officer. (Courtesy: TT)