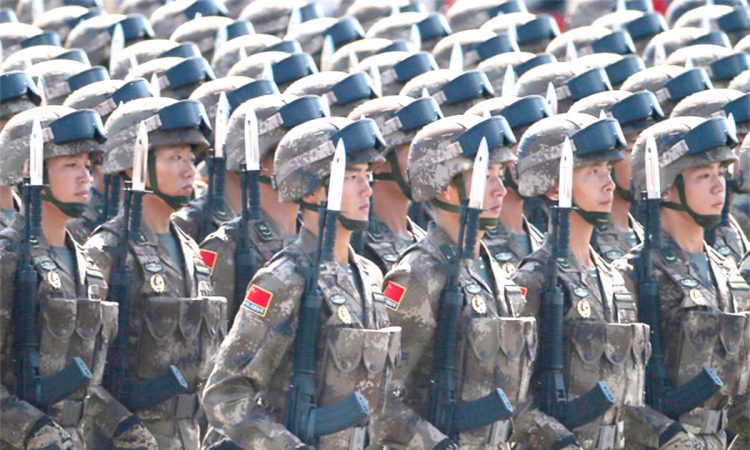 Beijing, December 1: China’s ruling Communist Party has reinforced its “absolute leadership” over the country’s two million-strong force, asserting that the PLA should function strictly under the party’s command, as Beijing plans to build a fully modern military on par with the US by 2027.
The two million-strong People’s Liberation Army (PLA), the world’s largest, functions as an arm of the Communist Party of China (CPC) in the one-party state, unlike other militaries of the world which function under their respective governments.
“The military should abide by the fundamental principle of absolute Party leadership over the armed forces,” said the Politburo of the CPC headed by President Xi Jinping which met here on Monday to review regulations on the political work in the armed forces.
A statement quoted by the state-run Xinhua news agency issued after the meeting highlighted the role of amending regulations on political work in the armed forces, noting that it could strengthen the party’s leadership over the military-political work and promote the full implementation of the strategy of enhancing the military’s political loyalty in the new era.
Such measures would help ensure the armed forces are always under the absolute party leadership and always capable of effectively fulfilling designated missions in the new era, thus contributing to the cause of delivering the party’s goal of building a strong military and building a world-class military in all respects, the statement said.
Since taking over power in 2012, Xi – who has emerged as the most powerful leader after Mao Zedong, heading the party, military and the presidency – has been constantly highlighting that the PLA should function under the absolute leadership of the CPC.
He carried out the biggest shakeup of the military in the last five years through his anti-corruption drive in which over 50 top Generals of the PLA including two Vice-Chairmen of the Central Military Commission (CMC) were taken down, enabling Xi to reinforce his leadership firmly over the military and the party.
Xi, 67, heads the CMC, the overall high command of the PLA and he is the only party leader and the civilian in its ranks. He has the prospect of a life-long tenure in power as two five-year term rule for the President has been removed by the national legislature in 2018.
Besides completely restructuring the PLA from top to bottom, Xi had also downsized its strength by shredding three lakh troops.
He is also the one who is pushing for its modernisation and the recent meeting of CPC Plenum, a key conclave, has finalised plans to build a fully modern military on par with the US by 2027.
By the year 2027, which marks the centennial of the founding of the PLA, China will build a fully modern military, a goal that is in alignment with the national strength and will fulfil the future national defence need, state-run Global Times quoted Chinese analysts in a recent report. (PTI)