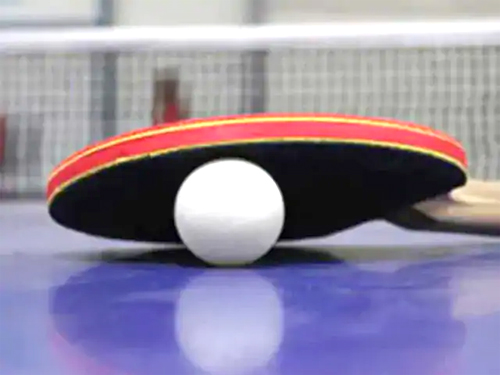 Beijing, September 5: Table tennis’s men’s and women’s world cups and tour finals will be held in China in November, its world body announced, in a rare instance of international sport in the country since the coronavirus pandemic. The men’s and women’s world cups are shifting from Dusseldorf and Bangkok respectively despite a mandate from Chinese authorities banning most international competition to prevent virus outbreaks.
No venues were announced for the world cups in mid-November or the tour finals, which are pencilled in for December 10-13. The table tennis calendar has been on hold since March.
“Ensuring a safe return to international table tennis has been our utmost priority ever since the pandemic broke out and so I am delighted that… we have managed to get events back up and running before the end of 2020,” International Table Tennis Federation president Thomas Weikert said in a statement.
The announcement comes just days after the World Golf Championships-HSBC Champions in Shanghai, Asia’s richest golf tournament with a blockbuster purse of $10.25 million, joined China’s list of cancellations.
Shanghai’s Formula One Grand Prix and all of China’s WTA and ATP tennis tournaments, including the WTA tour finals, have been axed because of the coronavirus, which emerged in Wuhan late last year.
The table tennis competitions will be held under strict bio-security conditions, including a ban on breathing on balls and no handshakes after matches. (AFP)