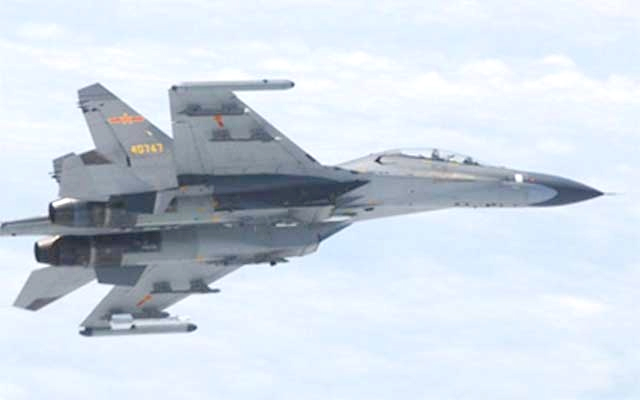 HONG KONG, January 25: China sent warplanes into the Taiwan Strait over the weekend, a show of force to the Biden administration that signals Beijing’s plans to maintain pressure on Taiwan even as it calls for a reset with the United States.

Taiwan’s military said that four Chinese fighter jets, eight bombers and one anti-submarine aircraft entered its southwestern air defense identification zone and crossed the midline that divides the Taiwan Strait on Saturday. That was followed by 12 fighters, two anti-submarine aircraft and a reconnaissance plane Sunday.
While such drills have been common and sometimes larger in recent years, the timing of this effort, just days after a new U.S. administration took office, drew notice in both Taipei, Taiwan, and Washington.
Taiwan’s military said it sent radio warnings to the Chinese planes, put defense missile systems on alert and dispatched patrol aircraft to monitor them.
Ned Price, a State Department spokesperson, said in a statement released Saturday that the United States “notes with concern the pattern of ongoing PRC attempts to intimidate its neighbors, including Taiwan,” referring to the People’s Republic of China. “We urge Beijing to cease its military, diplomatic, and economic pressure against Taiwan and instead engage in meaningful dialogue with Taiwan’s democratically elected representatives.”
Also on Saturday, the USS Theodore Roosevelt, a U.S. aircraft carrier, entered the South China Sea with its accompanying strike group on what the Navy described as “routine operations” to “ensure freedom of the seas.”
While Chinese military officials did not necessarily plan drills with the new U.S. administration in mind, the timing could have value for Beijing, said Drew Thompson, a former Pentagon official responsible for China and now a research fellow at the Lee Kuan Yew School of Public Policy at the National University of Singapore.
“I think it’s a mistake to assume that everything is a signal,” he said. “But certainly the operation is both militarily expedient in terms of training and experience but also a very useful political signal to not only Taiwan but of course the new Biden administration.” (NYT News Service)