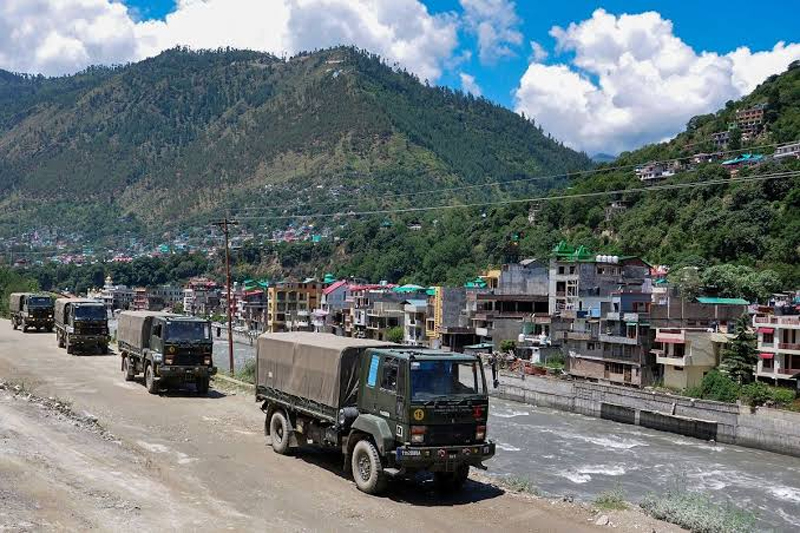 NEW DELHI, SEPTEMBER 7: An “aggressive” China has deployed additional troops and tanks at multiple friction points in Ladakh since the latest confrontation on the Pangong Lake’s south bank in late August, sources in the security establishment said.
With both countries sticking to their positions during Friday night’s one-to-one meeting between their Defence Ministers, disengagement appears “difficult” for now, Defence Ministry officials and military veterans suggested.
“High-resolution satellite images suggest that the People’s Liberation Army has further strengthened its position at the standoff points. They are building more military structures, besides deploying more soldiers and tanks,” an Intelligence Bureau official said.
A veteran said: “What we are noticing is heightened territorial aggression by China although it has been talking about carrying forward the dialogue for a complete disengagement from the standoff points. Their actions do not match their words.”
The Chinese have dug in 8km inside India-claimed lines on the northern bank of the Pangong Lake, besides grabbing land at the Hot Springs and on the Depsang Plains.
On August 29 and 31, the Chinese had made provocative moves and tried to alter the status quo unilaterally on the Pangong Lake’s south bank but were foiled by Indian soldiers, army sources have said.
Later, Indian soldiers occupied key ridges on the lake’s south bank, an area claimed by both sides.
“Tensions are soaring near the latest flashpoint as the Chinese have continued to deploy more men and machines,” a Defence Ministry official said.
“Amid the heightened aggressive posture from the Chinese, India’s army too has increased its strength to counter any threat.”
The official said any disengagement seemed “difficult” at this time.
“Right now we are holding on to our ground and the focus is on ensuring they do not ingress further,” he said.
Another veteran said the result of the ongoing talks seemed to be “zero”.
“So far, there are no visible actions on the ground. (Defence Minister) Rajnath Singh did send a strong message to his Chinese counterpart saying India is determined to protect its territorial integrity,” he said.
“His problem is that our Prime Minister said (on June 19) that there was no intrusion.”
Rajnath has asked China to respect the Line of Actual Control, not try to unilaterally change the status quo, and work with India towards complete disengagement from all the friction areas in eastern Ladakh. (Courtesy: TT)