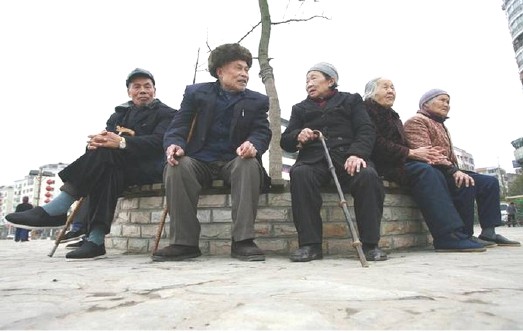 Since China first became an aging society in 1999, the number of people aged 60 or above has seen a net increase of 110 million. (Photo courtesy: Reuters)

BEIJING, FEBRUARY 27: China is fast turning into an aging society as the number of people aged 60 and above has reached 241 million, accounting for 17.3% of the total population, according to officials.
A society with 10% of its population aged 60 or older can be referred to as an “aging society,” Wu Yushao, Deputy Director of the National Working Commission on Aging said.
Since China first became an aging society in 1999, the number of people aged 60 or above has seen a net increase of 110 million. It is estimated that the number of seniors will peak around 2050 to reach 487 million, 34.9% of the total population, Wu said.
As the old age population grew, which was largely attributed to the 3 decades old 1-child policy, China has permitted couples to have 2 children since 2016.
China has stepped up nationwide education on ageing with the aim to raise citizens’ awareness and called on the public to care for the elderly.
Local governments are required to improve working mechanisms for promoting aging-related education, which has been incorporated into the annual work plans and performance evaluations of local governments, state run Xinhua news agency reported. (PTI)

Pakistan criticises India over domicile law for Jammu and Kashmir

More than 29 million hydroxychloroquine doses bought by US have come from India: Trump

About 400 million workers in India may sink into poverty: UN report

Trump talks tough, warns of ‘retaliation’ if India doesn’t export hydroxychloroquine to US