Beijing, July 2: Days after India banned 59 Chinese apps for engaging in activities “prejudicial” to the sovereignty and integrity of the country, Beijing on Thursday issued a predictable reaction, describing New Delhi’s actions as “discriminatory” while calling for the reversal of the ban.
India on Monday banned 59 apps with Chinese links, including the hugely popular TikTok and UC Browser, for engaging in “activities which are prejudicial to sovereignty and integrity of India, defence of India, security of state and public order”. The ban also comes in the backdrop of the current stand-off along the Line of Actual control in eastern Ladakh with Chinese troops.
Responding to reports that both countries are strengthening import regulations and suppressing each other’s export goods amid the tense border situation and its impact on China’s foreign trade enterprises exports to India, Chinese Commerce Ministry Spokesman Gao Feng said that China has not taken any restrictive measures against Indian products and services.
“First of all, I want to clarify that China has not taken any restrictive and discriminatory measures against Indian products and services, he said, according to the transcript posted on the ministry’s website.
India’s relevant practices violate relevant World Trade Organization rules,” Gao said.
The spokesman also expressed hope that India would immediately correct the discriminatory practices against China and Chinese enterprises.
Announcing its decision to ban 59 apps in view of information available that they are “engaged in activities which are prejudicial to sovereignty and integrity of India, defence of India, security of state and public order”, India’s Information Technology Ministry said the move will “safeguard the interests of crores of Indian mobile and internet users. This decision is a targeted move to ensure safety and sovereignty of Indian cyberspace.”
The IT ministry statement also said that it has received many complaints from various sources, including several reports about misuse of some mobile apps available on Android and iOS platforms for “stealing and surreptitiously transmitting users’ data in an unauthorised manner to servers which have locations outside India”.
“The success of China-India economic and trade cooperation is the result of the joint efforts of the governments and enterprises of the two sides and serves the fundamental interests of the two people , he said.
Gao said, China attaches great importance to strengthening practical cooperation with India in all fields and hopes that the two sides will meet each other halfway, earnestly implement the economic and trade consensus reached by the leaders of the two countries.”
He said the two sides should promote the sound and stable development of bilateral economic and trade cooperation and make efforts for the common prosperity of the two countries and the region at large.
On Tuesday, the Chinese Foreign Ministry said that it was strongly concerned over India’s move banning 59 Chinese apps. (PTI) 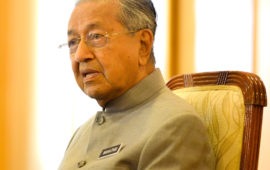 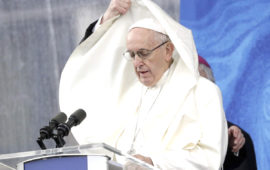 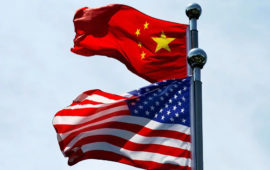 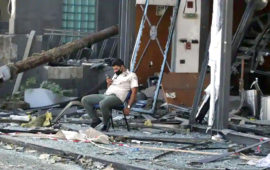 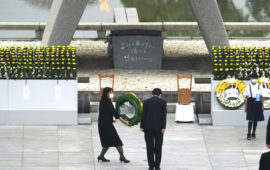