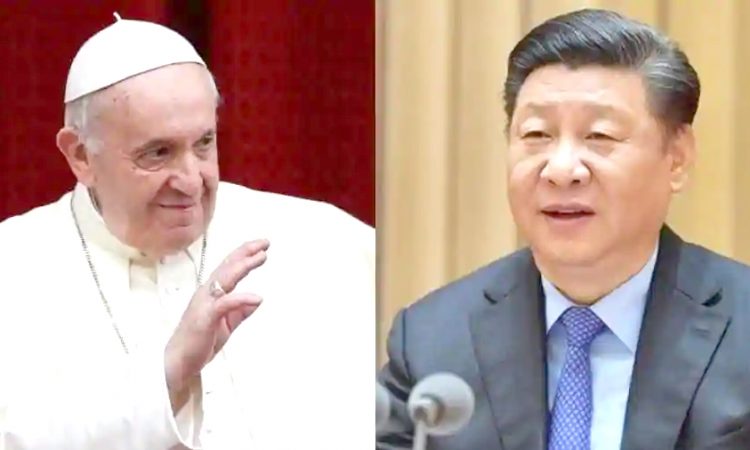 Beijing, November 24: China on Tuesday dismissed Pope Francis’s criticism of Muslim Uighurs in the country as a “persecuted” community, calling the charges groundless.
In a new book titled “Let Us Dream: The Path to A Better Future”, Francis also urged world governments to set up a universal minimum wage, especially in the aftermath of COVID-19. The book includes a 150-page collaboration with Austen Ivereigh, Pope’s English language biographer.
It is the first time Pope Francis has called China’s Uighurs a persecuted people, something human rights activists have been urging him to do for years.
China claims that the camps are education centres and are part of the country’s deradicalisation efforts. Foreign ministry spokesman Zhao Lijian rejected his characterisation of the Uighurs.
“The Chinese government has always protected the legal rights of ethnic minorities equally,” he told a media briefing.
”People of all ethnicities in Xinjiang enjoy the full protection of their subsistence rights, developmental rights, and religious freedom. The remarks by Pope Francis are groundless,” Zhao said.
While the pope has spoken out before about the Rohingya who has fled Myanmar and the killing of Yazidi by Islamic State in Iraq, it was the first time he mentioned the Uighurs.
Faith leaders, activist groups, and governments have said crimes against humanity and genocide are taking place against Uighurs in China’s Xinjiang region, where more than 1 million people are held in camps.
Beijing has rejected the allegations as an attempt to discredit China, saying the camps are vocational education and training centres as part of counter-terrorism and deradicalisation measures.
Many commentators have said the Vatican was reluctant to speak out on the Uighurs earlier because it was in the process of renewing an accord with Beijing on the appointment of bishops. It was renewed in September. (Agencies)