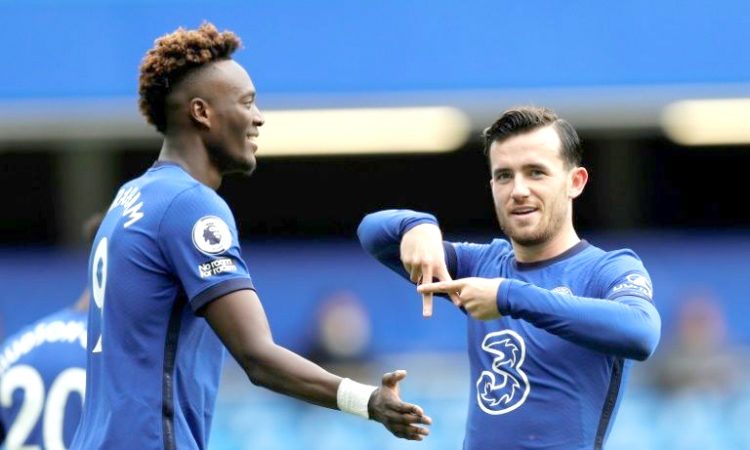 LONDON, October 3: Ben Chilwell scored his first Chelsea goal as the defender’s dynamic display on his Premier League debut for the Blues inspired a 4-0 thrashing of Crystal Palace on Saturday.
Hampered by a heel injury, Chilwell had a delayed start to his first season with Chelsea following his £50 million ($64 million) move from Leicester in August.
But the England left-back is making up for lost time after delivering an influential performance in his third game following a pair of League Cup outings.
While Chelsea boss Frank Lampard has invested in a host of attacking talent since the end of last season, here it was Chilwell efforts that broke down Palace’s stubborn defence at Stamford Bridge.
Chilwell’s thumping finish put Chelsea ahead soon after half-time and he provided the assist for Kurt Zouma’s header as the Blues doubled their lead.
Jorginho added a pair of late penalties for Chelsea to complete the rout, although the second caused some angst for Tammy Abraham as the Blues striker argued with Cesar Azpilicueta about who should take it before losing the heated debate with his captain.
That spat shouldn’t take the gloss off a composed display from Chelsea, who bounced back from their midweek League Cup defeat against Tottenham and ended a run of two successive league games without a win.
The defensive blunders that contributed to their 3-3 draw at West Bromwich Albion were erased and, crucially, Lampard’s men found their cutting edge against defensive opponents.
Capping an encouraging day for Chelsea, Christian Pulisic came off the bench after injury for his first appearance of the season.
Lampard makes six changes to the side that fell three goals down at West Brom last weekend, with Senegal keeper Edouard Mendy starting for the first time in the league after his move from Rennes.
With the experienced Azpilicueta and Jorginho back in the starting line-up, Chelsea looked more stable and mature.
They monopolised possession in the first half without being able to prise open a Palace side sitting deep inside their own half.
Kai Havertz made a driving run and picked out Timo Werner, but the German’s shot lacked the accuracy to beat Palace keeper Vicente Guaita.
Jorginho fired just over after Thiago Silva nodded down Chilwell’s free-kick.
It was a familiar pattern for Chelsea, who often dominated games without applying the knockout blow last season.
But this time they had the solution as the lively Chilwell finally broke the deadlock in the 50th minute.
Palace defender Mamadou Sakho made a hash of clearing Callum HudsonOdoi’s cross and Azpilicueta hooked the ball to Abraham, whose determined header allowed Chilwell to fire home from six yards.
Chilwell’s goal was a reward for an enterprising display from the England defender, whose excellent set-piece deliveries continued to pose a problem.
for Palace as Zouma glanced his header just wide.
Palace had to come out of their shell now and Mendy made his first save to keep out Andros Townsend’s deflected effort.
But Chilwell was proving impossible for Palace to contain and he was catalyst for Chelsea’s second goal in the 66th minute.
Whipping a teasing cross into the Palace area from wide on the left, Chilwell found Zouma and the defender towered over Sakho to head home.
Chelsea were in control now and Jorginho made it three in the 78th minute when he slotted in a penalty after Abraham was fouled by Tyrick Mitchell.
Sakho conceded another penalty four minutes later and, after Abraham’s tantrum, Jorginho kept his focus to make it four. (AFP)