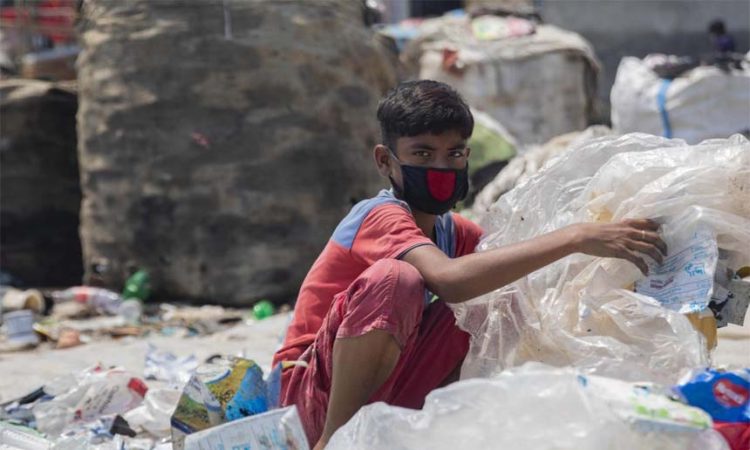 “On the eve of the @G7, this appalling rise in child labour poses the strongest moral challenge to our world leaders. Will they acknowledge this impact of growing inequality, or conduct business as usual by forgetting our children?” Satyarthi said on the eve of G7 summit.
The United Nations on Thursday said one in 10 children are involved in work worldwide and millions more are at risk due to the Covid-19 pandemic, reported Reuters.
The number of child labourers increased to 160 million from 152 million in 2016. Africa saw the greatest rise due to population growth, crises and poverty, said International Labour Organization (ILO) and the U.N. Children’s Fund (UNICEF), reported Reuters.
“It is shameful that we are seeing the first rise in child labour in 20 years! New and bold steps must be taken. It is time to create a Global Social Protection Fund and national social protection floors. We need a fair share to end child labour,” Satyarthi tweeted with the hashtag #FairShareToEndChildLabour and #EndChildLabour2021.
“There is no excuse or justification for an increase in child labour! Even before the pandemic began, over 16 million more young children in child labour. In the same 4 years, the world got richer by $10 trillion. Please, wake up!” he added.
Citing India’s situation, he said his foundation Bachpan Bachao Andolan (BBA), which claims to be a grassroots movement protecting children and ensuring their rehabilitation and education, rescued over 11,000 children along with government authorities during the lockdown. He said India has created strict laws against the practice and urged everyone to come together to make sure “no child is forced to work to survive”.
“We are losing ground in the fight against child labour, and the last year has not made that fight any easier,” Reuters quoted UNICEF’s executive director Henrietta Fore as saying ahead of World against Child Labour Day on June 12.
According to a new report by the International Labour Organization (ILO) and the UNICEF, the number of children in child labour has risen to 16 crore worldwide — first increase in two decades — with millions more at risk due to COVID-19,
The report — ‘Child Labour: Global estimates 2020, trends and the road forward’ — released ahead of the World Day Against Child Labour on June 12, says the progress to end child labour has stalled for the first time in 20 years, reversing the downward trend that saw it fall by 94 million (9.4 crore) between 2000 and 2016.
The report points to a significant rise in the number of children aged 5 to 11 years in child labour, who now account for over half of the total global figure.
The number of children aged 5 to 17 years in hazardous work –defined as work that is likely to harm their health, safety or morals — has risen by 6.5 million to 79 million since 2016, the report said.

“The number of children in child labour has risen to 160 million (16 crore) worldwide — an increase of 8.4 million (84 lakh) children in the last four years — with millions more at risk due to the impacts of COVID-19,” the report said.
UNICEF India Representative Dr Yasmin Ali Haque said the coronavirus pandemic has clearly emerged as a child rights crisis, aggravating the risk of child labour as many more families are likely to have fallen into extreme poverty.
“Children in poor and disadvantaged households in India are now at a greater risk of negative coping mechanisms such as dropping out of school and being forced into labour, marriage, and even falling victim to trafficking,” she said.
Children have lost parents and caregivers to the virus, leaving them destitute, without parental care, she said. These children are extremely vulnerable to neglect, abuse and exploitation.
“We must act fast to prevent the COVID-19 pandemic from becoming a lasting crisis for children in India, especially those who are most vulnerable,” she said. (Agencies/PTI)