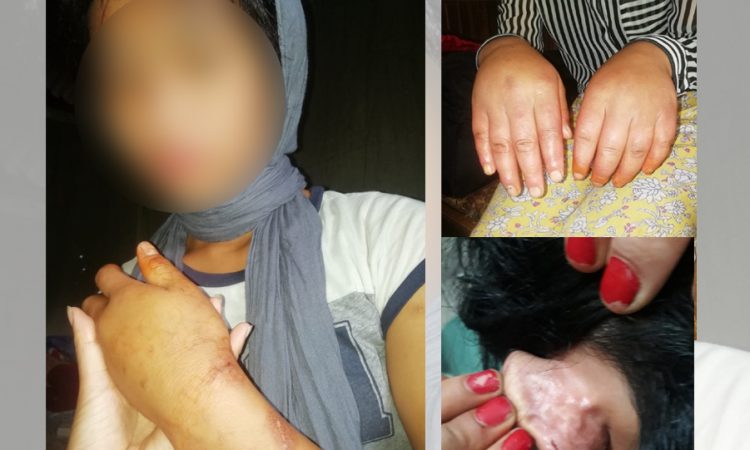 Physically tortured minor girl accuses employer of abuse
Kallol Dey
DIMAPUR, NOVEMBER 6: The fading mehendi on her bruised and swollen little hands paint a pattern of vile reproach. The scars behind her ears scream of pain inflicted umpteen times. 17-year old Vivi (name changed), who till September this year was residing with an affluent family in Kohima as domestic helper, is apparently one among the many victims of child labour and child abuse in Nagaland.
The photos taken of the minor Naga girl on her arrival to Dimapur after she escaped from her employer’s home in Kohima, show pus-filled wounds, severely swollen hands, blood clots beneath her finger nails, fresh and old scars and various other signs of physical torture. The ugly swell on her hands and fingers are results of being battered with an iron pestle, as punishment for applying mehendi on her palm. The abuser, as Vivi claims in multiple recorded statements, is her employer, a woman – the main accused in a case that is currently under investigation.