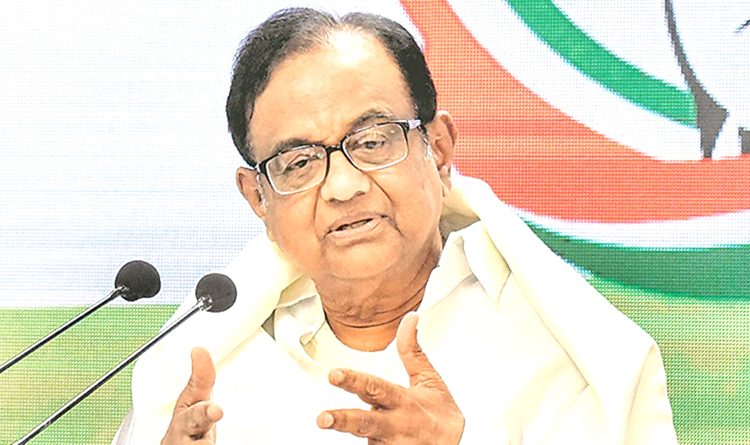 New Delhi, March 16: Describing as “retrograde” and “anti-democratic” the proposed amendments to the GNCTD Act, senior Congress leader P Chidambaram on Tuesday said the changes will make the Delhi government less than a municipality and “rob” the people of any kind of representative government.

Chidambaram’s attack on the government came a day after Union Minister of State for Home G Kishan Reddy introduced the Government of National Capital Territory of Delhi (Amendment) Bill, 2021 in Lok Sabha.
According to proposed amendments, Section 21 of the Act — dealing with restrictions on laws passed by legislative assembly with respect to certain matters — is sought to be revised to clarify that the expression ‘government’ referred to in any law to be made by the legislative assembly shall mean the ‘Lieutenant Governor’.
Slamming the government for proposing the amendments to the Act, Chidambaram said the proposed amendments are “retrograde, anti-democratic and an insult to the people of Delhi”.
“The demand is for enlarged legislative powers to Delhi and the will of the people. On the contrary, the proposed amendments will make the Delhi government less than a municipality and rob the people of any kind of representative government,” the former home minister said in a series of tweets.
Under the proposed amendments, the LG appointed by the central government will become a “viceroy” exercising all powers according to the wishes of his master, Chidambaram alleged.
The people must resist the amendments and the Opposition must vote against the amendments, he said. (PTI)