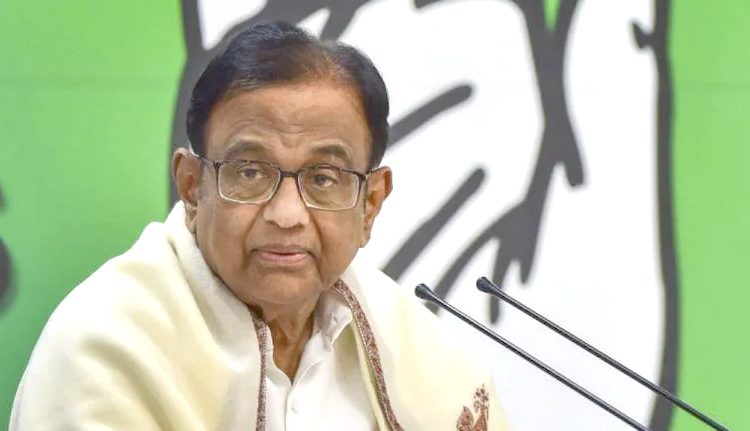 New Delhi, July 23: Slamming the Centre over the Pegasus snooping issue, Congress leader P Chidambaram on Friday compared India’s response to the matter with that of France and Israel, saying while those countries are examining the allegations, India has denied any unauthorised surveillance and refused to debate it.

The Congress on Thursday held protest marches at many places across the country demanding a Supreme Court-monitored judicial enquiry into the alleged snooping of phones using Israeli Pegasus spyware and the resignation of Home Minister Amit Shah over the matter.
The government and the ruling BJP have dismissed the Pegasus Project reports as concocted and evidence-less.
On Friday, Chidambaram took to Twitter to say, “On the scale of freedom, rank India against a liberal democracy like France and a stern democracy like Israel.”
“France orders an investigation and calls a meeting of its National Security Council. Israel established a commission to review the allegations of phone surveillance. India denied that there was any unauthorised surveillance and refused to even debate the matter,” the former Union home minister said on the microblogging site.
On Sunday, an international media consortium reported that over 300 verified mobile phone numbers, including of two ministers, over 40 journalists, three opposition leaders and one sitting judge besides scores of businesspersons and activists in India could have been targeted for hacking through the spyware.
The reports have been published by The Wire in collaboration with 16 other international publications including the Washington Post, The Guardian and Le Monde, as media partners to an investigation conducted by Paris-based media non-profit organisation Forbidden Stories and rights group Amnesty International.

The investigation focuses on a leaked list of more than 50,000 phone numbers from across the world that are believed to have been the target of surveillance through the Pegasus software of Israeli surveillance company NSO Group. (PTI)