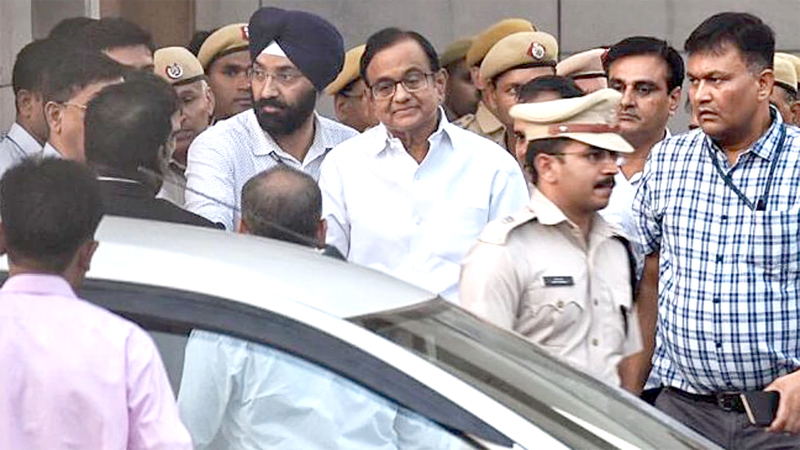 New Delhi, September 5: Former union finance minister P Chidambaram was put behind bars on Thursday hours after a CBI court sent him to two-week judicial custody in the INX Media case in an unprecedented setback to the Congress veteran who even offered to surrender to the ED in a desperate attempt to be spared the ignominy of going to prison.
Chidambaram, a former union home minister and who is just 10 days short of his 74th birthday, was taken in a blue police bus to Tihar prison from a special CBI court in Rouse Avenue–a distance of 18 km, and was ironically lodged in the same jail No.7 where his son Karti was locked up for 12 days in the same case last year. Jail No.7 usually houses those facing Enforcement Directorate(ED) cases.
Chidambaram, who was accompanied by police personnel in the police bus, was put in a special cell in the Asia’s biggest prison complex as per the orders of the CBI court.
As those assembled in his court waited with bated breath for his order after a 30-minute hearing, special judge Ajay Kumar Kuhar sent Chidambaram to judicial custody till September 19 in the corruption case filed by the CBI linked to INX Media. The judge pronounced the order one hour after the conclusion of the brief hearing.
With Chidambaram in jail he can now apply for regular bail.
Chidambaram, a Rajya Sabha MP, faced a fresh setback earlier in the day when the Supreme Court denied him anticipatory bail in the ED’s money laundering case related to the media firm.
Holding that the ED case is “not a fit case” to grant relief to Chidambaram, a bench of Justices R Banumathi and A S Bopanna said economic offences stand as a different class as they affect “economic fabric of the society” and “extraordinary power” of granting anticipatory bail has to be exercised sparingly in such cases.
With the top court’s order in its favour, the ED had the option to arrest Chidambaram any time but it decided against making its move. As a result, judge Kuhar had the option of releasing him on bail or remand the lawyer-politician in judicial custody.
Chidambaram was produced before the judge on the expiry of his maximum 15-day CBI custody ordered in five spells after his arrest on the night of August 21 from his residence in upscale Jor Bagh here amid high drama when the probe agency personnel even scaled the boundary walls to gain entry.
The Central Bureau of Investigation(CBI) registered an FIR on May 15, 2017, alleging irregularities in the Foreign Investment Promotion Board (FIPB) clearance granted to the INX Media group for receiving overseas funds of Rs 305 crore in 2007 during Chidambaram’s tenure as the finance minister.
Thereafter, the ED lodged a money laundering case in the same matter in 2017. (PTI) 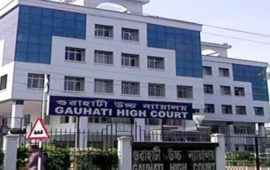