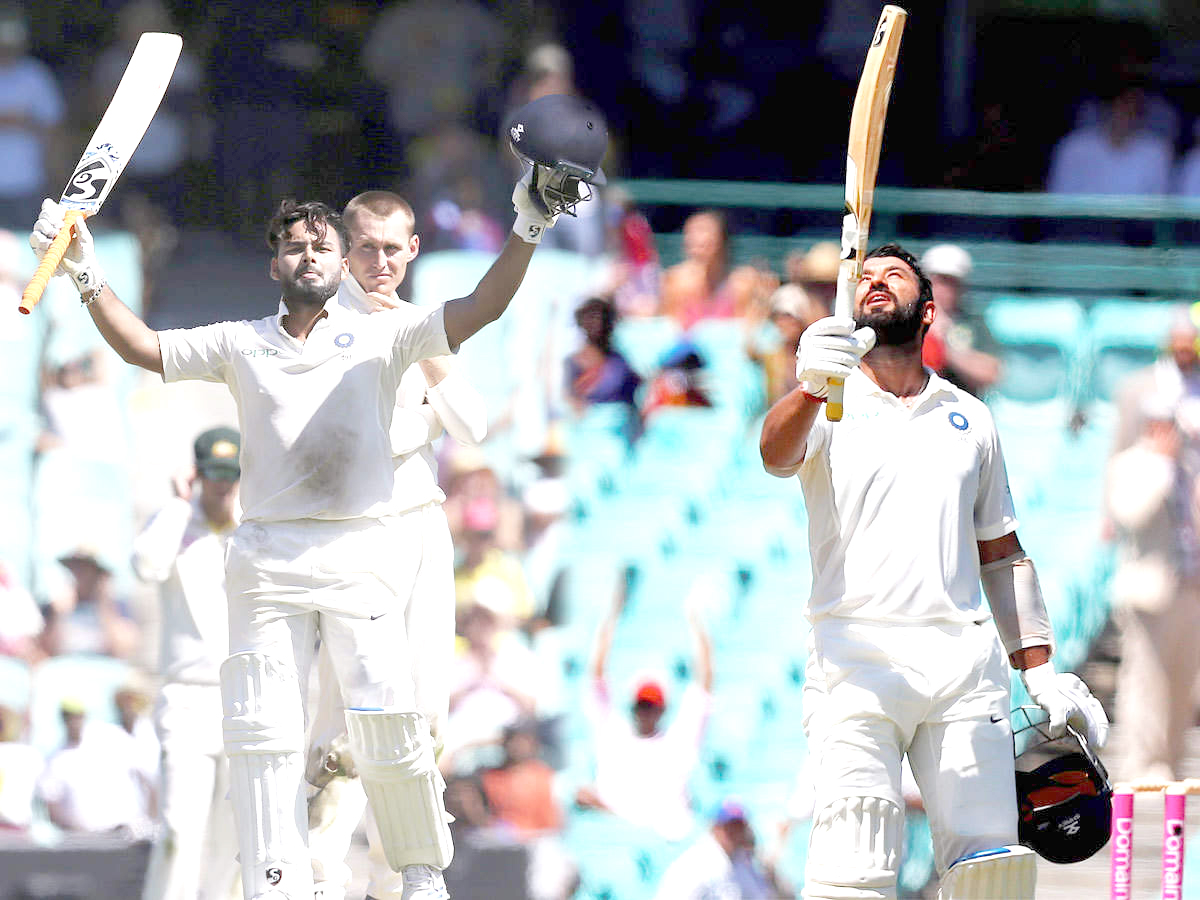 SYDNEY, January 4: A marathon century by Cheteshwar Pujara and a swashbuckling ton from Rishabh Pant all but ended Australia’s hopes of saving the series on Friday as India built a massive 622 for seven declared in the final Sydney Test.
India began the second day at 303 for four and proceeded to twist the knife against a demoralised home team that toiled in hot conditions with little joy.
Unless Australia win, India will claim a first-ever series victory Down Under since they began touring here in 1947-48. They lead 2-1.
Despite the tall task ahead Australia skipper Tim Paine said they were not ready to throw in the towel.
“We certainly won’t be doing that, we will be fighting as hard as we can for the next three days. Cricket’s one of those games, if you keep doing that it can turn really quickly,” he said.
“But you’ve got to tip your cap to India. They have worked extremely hard for three-and-a-half Tests to get us to where they want us today.”
The methodical Pujara made a masterful 193 off 373 balls while Pant stroked his highest Test score in an entertaining 159 not out.
Ravindra Jadeja chipped in with a lively 81 in a 204-run stand with Pant — a record seventh wicket partnership at the Sydney Cricket Ground.
Skipper Virat Kohli finally declared when Jadeja was out, with the tireless Nathan Lyon taking 4-178 off 57.2 gruelling overs.
It left new-look Australian openers Marcus Harris (19) and Usman Khawaja (five) to negotiate 10 tricky overs before stumps after a torturous day in the field. They ended at 24 without loss.
“Every hundred I score is special for me because I have just started my career. But I don’t really think about hundreds, I only think about what the team needs from me,” said Pant, who expressed some sympathy for the Australian bowlers.
“Obviously when you bowl for two days the body gets tired, but their body language was really good, they were pushing themselves and trying their level best.”
Calm and collected number three Pujara started the day 130 not out and picked up where he left off.
He drove his second ball through the covers for three before once again dropping anchor, blocking and targeting only loose balls.
Throughout his knock, he hardly played a false stroke in a demonstration of “old-school” Test batting, soaking up the pressure and counter-attacking when he saw an opportunity.
Pujara brought up his 150 with a boundary and seemed destined for his fourth Test 200 before attempting to whip Lyon down the leg side. Instead, he lobbed the ball back into the spinner’s hands.
Sri Lankan batting legend Kumar Sangakkara summed up his innings in a tweet. (AFP)