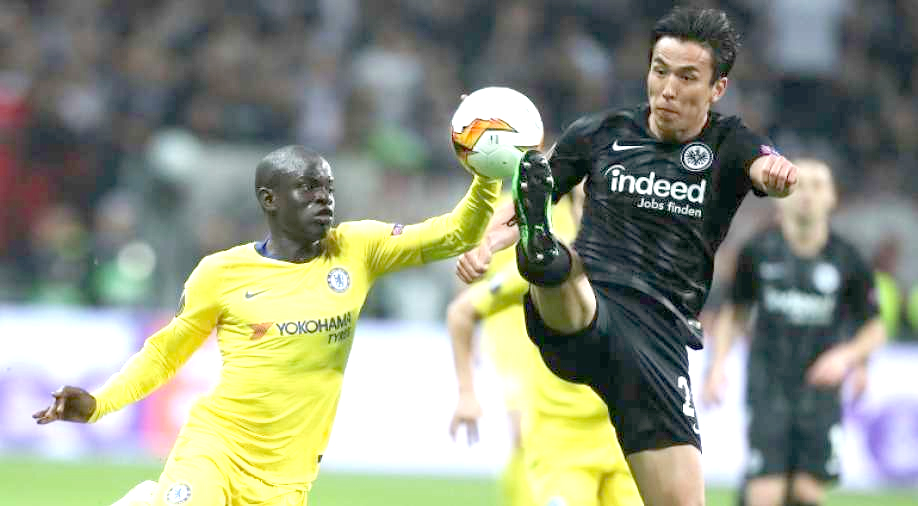 FRANKFURT, May 3: Chelsea set a Europa League record of 16 successive matches unbeaten on Thursday with 1-1 semi-final first leg draw at Eintracht Frankfurt thanks to a Pedro equaliser on the stroke of half time.
Serbian Luka Jovic had put the hosts ahead after 23 minutes.
The draw meant Chelsea, Europa League winners in 2013, surpassed Atletico Madrid’s 2011-12 unbeaten run.
They took time to find their stride, however, with Jovic stooping to head past the outstretched Kepa Arrizabalaga off a cross from compatriot Filip Kostic with a goal that raised the decibels in a stadium famed for its atmosphere.
Jovic, firmly on the radar of top clubs across Europe, has now scored nine goals in the competition and 26 in all this season.
Frankfurt failed to press home their advantage, however, running out of energy in a second half dominated by the visitors with Jorginho dictating play.
Ruben Loftus-Cheek led the fightback, blasting just wide in the 42nd minute and then nimbly beating defenders before feeding the ball through to Spanish winger Pedro who hammered in a low left-foot shot. (Agencies)