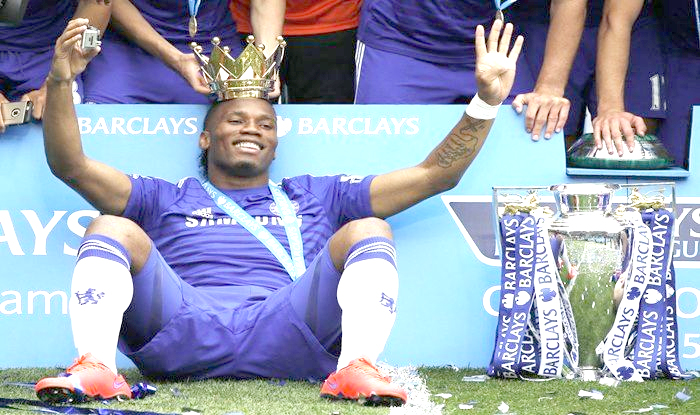 NEW DELHI, November 9: Chelsea football legend Didier Drogba will be visiting India on November 23 as part of a fan event for Japanese tyre manufacturer Yokohama.
Yokohama is the official partner of five-time Premier League champions and current FA Cup holders Chelsea FC.
Chelsea fans can see football legend, Didier Drogba, as part of a fan event at the Ambience Mall in Gurgaon beisdes getting an opportunity to participate in Yokohama tyre football challenge.
Having won 12 major club trophies during his two spells at the club (2004-2012 and 2014-15), Drogba is a global superstar and an inspiration to millions around the world.
The main feature of the event will see fans having the opportunity to experience a special Q&A with Drogba.
Fans will also be able to take part in a Yokohama tyre-challenge, testing their football accuracy skills. Fans will also be treated to a football freestyler show, performed by Nikk Freestyler.
Drogba, who scored more than 100 Premier League goals for Chelsea, won the Premier League title four times as a Blue, as well as the Champions League in 2012.
The former star from Ivory Coast said, “I am very excited to visit Delhi with Chelsea and their partners, Yokohama. I’m really looking forward to seeing as many of the Chelsea fans in Delhi as possible.” (PTI)