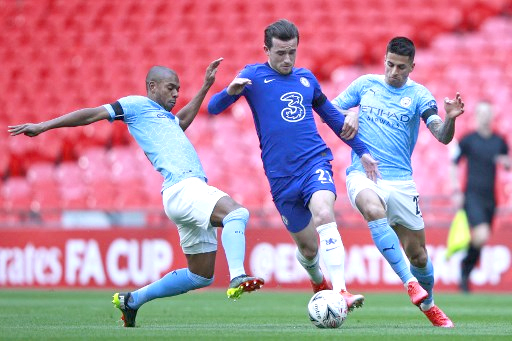 LONDON, April 18: Chelsea ended Manchester City’s quest for a historic quadruple of trophies as Hakim Ziyech’s goal earned a 1-0 win to take the Blues into the FA Cup final on Saturday.

A damaging day for City also saw them lose Kevin De Bruyne to an ankle injury just over a week away from the League Cup final, where they face Tottenham, and the first leg of their Champions League semi-final against Paris Saint-Germain.
Chelsea were good value for another impressive win under Thomas Tuchel and will be favourites for the German’s first silverware in English football when they face Leicester or Southampton on May 15.
“It was a very strong performance. I’m very happy and proud,” said Tuchel, who has lost just twice in 19 games since replacing Frank Lampard in January.
“We took the opportunity to show up on the highest level and see how we are. You can only win against City if you have everybody on the top level.”
Tuchel could land an even bigger prize in the Champions League by the end of his first five months in charge.
Chelsea and City could meet again in the final in Istanbul next month should they see off Real Madrid and PSG respectively in the last four and Tuchel’s men proved they can get the better of the runaway Premier League leaders despite a 20-point gap between the sides in the table.
The physical demands of City’s bid for a clean sweep of trophies was shown as Pep Guardiola made eight changes from the side that beat Borussia Dortmund in midweek with goalscorers Phil Foden and Riyad Mahrez among those rotated.
A much-changed side looked disjointed and Chelsea took advantage in a bright start.
Timo Werner’s cross was swept home by Ziyech after just six minutes, but the goal was ruled out for offside against the German international.
City got to half-time without any damage on the scoreline, but suffered a potentially huge blow to their hopes of still clinching a treble of trophies early in the second-half.
Just 11 days before the first leg of the PSG tie, De Bruyne appeared to roll his ankle in a challenge with N’Golo Kante and was replaced by Foden.
“It doesn’t look good, he has pain,” said Guardiola. “Tomorrow we will do a test.”
City were still reeling from the loss of the Belgian midfielder when they were finally caught out by the Chelsea counter-attack.
Guardiola’s decision to retain Zack Steffen in goal for domestic cup competitions backfired as the American was caught in no man’s land when Werner raced in behind and once again squared for Ziyech to roll into an empty net.
“In these kind of games, the margin is so tight and the coin fell down on their side,” added Guardiola.
Steffen made some measure of amends moments later to deny Ziyech a second when the Moroccan was clean through.
City took until the final 20 minutes to get going, but their best chance of sending the game to extra-time came from a corner as Ruben Dias headed over from close range.

Instead, it was Chelsea who found the net again through Christian Pulisic in stoppage time only for the offside flag to again come to City’s rescue.
But there was no saving a bid for history for Guardiola’s men as they cannot now better Manchester United’s treble of Champions League, Premier League and FA Cup from 1998/99. (AFP) 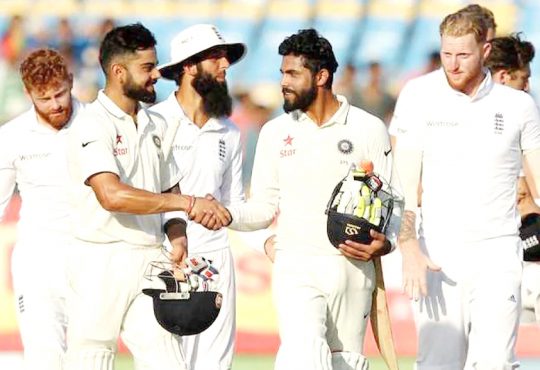 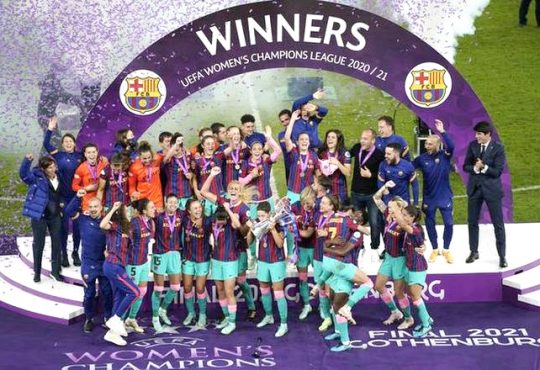