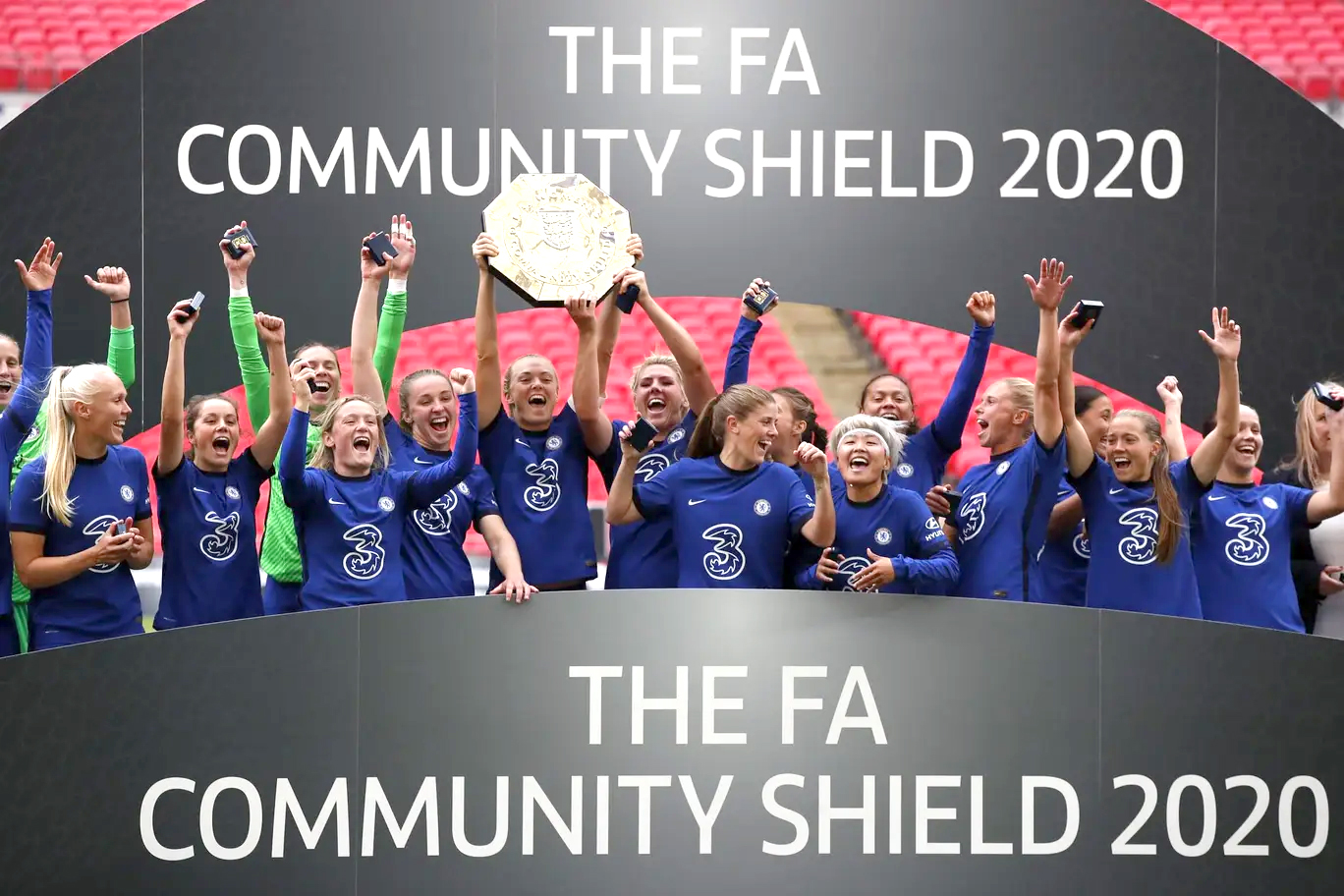 LONDON, August 29: Millie Bright’s dipping strike helped to clinch the Community Shield for Chelsea with a 2-0 victory over Manchester City on Saturday when women’s football resumed in England after a six-month, pandemic-enforced absence.
The center back produced a moment of quality in the 66th minute from outside the penalty area after striker Sam Kerr squandered four chances for the Super League champions.
The breakthrough came four minutes after City had Jill Scott sent off when she received a second booking for a sliding challenge on Ji So-Yun.
Erin Cuthbert powered the second goal into the roof of the net in the second minute of stoppage time at Wembley Stadium where no fans could attend due to coronavirus restrictions.
The Community Shield was contested in the women’s game for the first time in 12 years. It was part of a double-header at Wembley, with the curtainraiser to the men’s season between Premier League champion Liverpool and FA Cup winner Arsenal taking place later on Saturday.
While the men’s season was able to resume in June after a 100-day shutdown, the women’s league was abandoned with Chelsea declared champions on a points-per-game calculation ahead of City.
Chelsea also won the League Cup on Feb. 29 – the last day of competitive women’s football in England before the coronavirus outbreak shut down sports.
The new WSL season is due to start next weekend and the incomplete 2019- 20 FA Cup is still due to be completed with both City and Chelsea among the quarterfinalists. (AP)