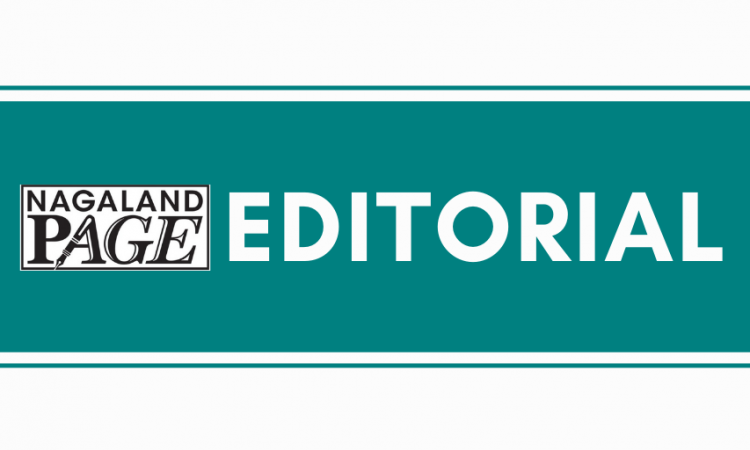 Good news is rare in these pandemic times ~although we don’t stop hoping for good news and better days. It is said that when it rains, it pours ~ this is exactly what is happening to us and the rest of the globe. In its latest update on June 30, World Health Organization (WHO) said that the Delta COVID-19 variant has now been detected in 96 countries, 11 more in the last week of June. Besides Assam, Meghalaya and possibly few other Northeastern States, now this Delta variant has also been detected in Nagaland ~ as per a press release issued the State’s Health Department on July 2, which says that 93 out of 98 samples sent from Nagaland for Whole Genome Sequencing (WGS) to the National Institute of Biomedical Genomics at Kalyani, West Bengal, have been found to be Delta variant (B.1.617.2) of COVID-19. According to the Xinhua news agency, which quoted the WHO as saying in its update issued on June 30: “The Delta variant, also referred to as a “double mutant” because it carries 2 mutations, is 55% more transmissible than the Alpha variant, initially detected in the UK, and will rapidly become the dominant strain of globally”. Reportedly, the WHO also said the Delta variant has several spike mutations that increase its transmissibility and its resistance to neutralizing antibodies and possibly even vaccines. Further, it is also reported that a recent study conducted in Scotland and published in the international medical journal Lancet found that the hospitalization rate for patients infected with the Delta variant was 85% higher than for those infected with the Alpha strain. The Executive Director of the WHO’s Health Emergencies Programme is also reported to have commented recently: “This particular Delta variant is faster, it is fitter, it will pick off the more vulnerable more efficiently than previous variants”. Alas, this highly transmissible variant has also struck Nagaland and there seems to be nowhere to take refuge from its rampaging stride. Yet, we cannot surrender to this virus. Yet, we must not stop hoping for deliverance from this virus. The thing about good news is that it doesn’t appear out of the blue from thin air. Good news is something we have to make happen, hence however bad the news, we must plod on to change the narrative. So, while we are encouraged that for the past five days, recoveries show more numbers than detection of positive cases, we must also balance this progress with the reality of the detection of the Delta variant in Nagaland. “Relentless” then has to be the motto of our war against this virus. The primary battle ground we must consider is the relative easing of the lockdown since July for ten days. This easing was necessitated and demanded because livelihood is also intrinsically linked to life ~ on the other hand, if things take a turn for the worse, possibility of total lockdown may also be necessitated and demanded ~ as was the lockdown since May 14. So, we also need to balance this 10-day easing of the lockdown with the threat of the already present Delta variant in our midst. A good number of business establishments are open fully or partially for a few hours a day and somehow we see a semblance of “normality” in this move of “opening” up gradually ~ elevating our spirits somewhat. So, it’s easy to get carried away and let our guard down ~ which may lead to all variants running amok and the number of our positive cases, even deaths, may soar. This is exactly where our common sense, knowledge, wisdom, maturity, patience and perseverance will determine our future till the WHO declares the pandemic to be over, which could be months or years ~ perhaps even a decade or more. We have been repeatedly advised on how to take preventive and curative measures to combat this virus ~ now we cannot claim ignorance. Indubitably, the trick of defeating this virus is not to get infected in the first place ~ treatment and hospitalization should not even come into the picture. Yes, certain things happen but let’s try not to let those things happen. At such a time as this, let us abide by sound medical counsel and take cover in our will, wisdom and inner strength to make good news happen. We can do it ~ so let’s do it.